Prof. Bozena Czerny with a European prize for space research! 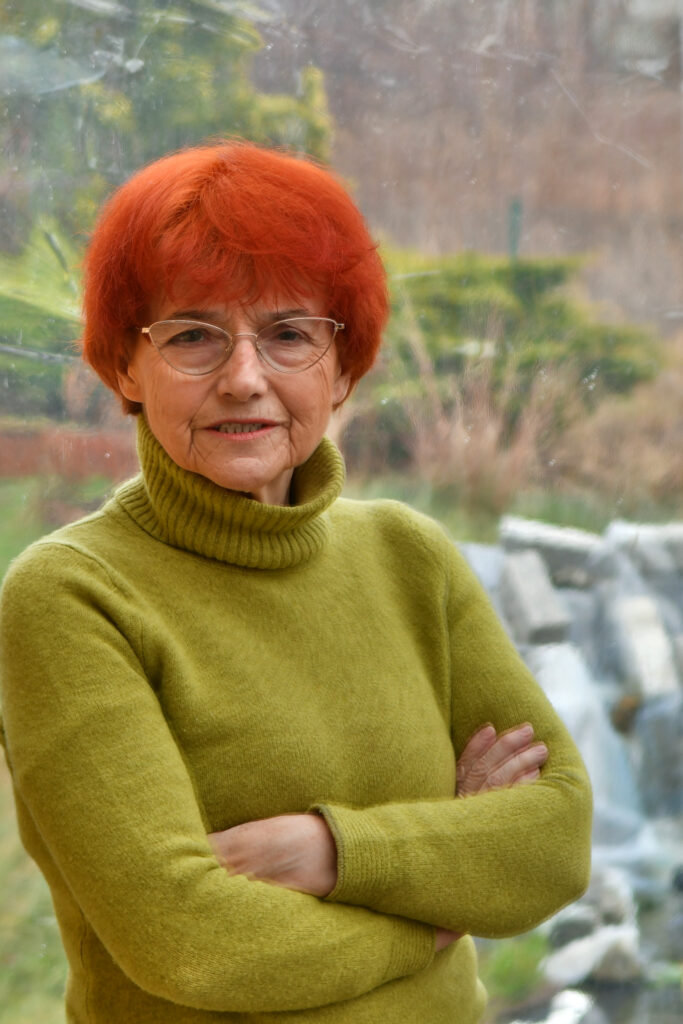 Prof. Bozena Czerny from Center for Theoretical Physics of the Polish Academy of Sciences is the first ever Polish woman to be awarded by the European Astronomical Society. The Lodewijk Woltjer Prize has been awarded to astronomers since 2010 in recognition of outstanding space research. Prof. Czerny’s scientific work concerns galactic centres, quasars and dark energy, and will ultimately measure the Universe.

This year, the European Astronomical Society (EAS), which unites astronomers from all over Europe, awarded Prof. Bożena Czerny from Center for Theoretical Physics Polish Academy of Sciences in Warsaw. This is the second time in the history of the European Astronomical Society that a Polish scientist has been honoured. Her contribution to the understanding of accretion disks and broad line regions (BLR) in active galactic nuclei was recognised. Her research on the property constraints of the cosmological model and dark energy was also recognised.

Thanks to the work of Prof. Bożena Czerny, we can understand the nature of quasars, i.e. the very bright centres of some galaxies, and we are getting better at interpreting the information hidden in their light. This allows us to estimate more precisely the distance of these celestial bodies from the Earth and gives us a new “ruler” to measure vast distances in the Universe. Thanks to this “ruler” we can check, for example, how the Universe is expanding and we learn more about the properties of dark energy.

In his research Prof. Czerny deals, among others, with quasars. They are so bright that they are considered to be the brightest permanent (almost constant) sources of radiation in the Universe. Their glow is due to matter falling into a supermassive black hole at the centre. The brightness of this falling matter can be up to a thousand times that of the parent galaxy. Thanks to this we are able to observe quasars located at great distances from Earth. Prof. Czerny investigated how the knowledge of the properties of quasars can be used to measure huge cosmic distances as accurately as possible. And thanks to this, to better understand the nature of dark energy, which – as is suspected – has an impact on the increasingly rapid expansion of the Universe. The rate of this phenomenon is also the subject of Prof. Czerny’s research.

Her work investigated, among other things, the properties of emission lines in the spectrum of light coming from quasars. In particular, she was concerned with the characteristic broad emission lines (BLR), which make it possible to compare quasars with different properties.

Prof. Czerny works on modelling physical processes occurring near black holes in the centres of active galaxies and binary star systems. He also compares the models with observational data in order to detect their possible imperfections.

– I am glad that as a Pole I can make such a large contribution to the development of physics and astronomy. Each publication, new discovery and the prizes I receive motivate me to further action. I believe that with my activity I open the door to a better understanding of the Universe’, says Prof. Bożena Czerny.

Understanding the Universe and the nature of dark energy

Professor Bozena Czerny has been known to the scientific community for years. In her earlier research she dealt with the flow of matter from the inner parts of the accretion disk towards the event horizon of black holes. In this way, she contributed to the formulation of the slim disk theory. An accretion disk is a ring of matter around a star or black hole, formed from gas and possibly dust, which slowly descends towards the centre.

– This award is another achievement of the employees of our institute. For years, the reference point for the scientific work of our scientific team has been international standards. This is also reflected in its composition. Out of 41 researchers, 18 come from abroad, from five continents – says Prof. Krzysztof Pawłowski, Director for Scientific Affairs at Center for Theoretical Physics PAN.

About the scientific career of Prof. Bożena Czerny

Currently, Prof. Czerny leads a grant from the Maestro programme (National Science Centre) and is one of the leaders of the Synergy grant from the European Research Council coordinated by the Copernicus Astronomical Centre of PAN. In the framework of this grant, she analyses different methods for measuring cosmic distances in order to understand the scale of distances in the Universe with unprecedented accuracy. She graduated in theoretical physics at the University of Warsaw (1974). In 1978, she started working at the M. Copernicus Astronomical Centre of the Polish Academy of Sciences in Warsaw and continued until 2017. She did her PhD there in 1984 and received her professorship in 1996. In 2015 she started working at Center for Theoretical Physics PAN. She has participated in the work of, among others, the International Union of Pure and Applied Physics (IUPAP). She also sat in the Council of the National Science Centre. In 2011-2013, she served as president of the Polish Astronomical Society. From 2012 to 2020 she was scientific editor of the American Astronomical Society Journals. The Czech Academy of Sciences awarded her the honorary Ernst Mach Medal for scientific achievements in 2019.

The Lodewijk Woltjer Lecture Prize is one of five awarded by the European Astronomical Society. In 2018, Prof. Andrzej Udalski, an astrophysicist from the University of Warsaw, received the Tycho Brahe Prize for one of the most successful and longest-lasting surveys of photometric variability of the sky, which he made with his developed research instruments (more about: The OGLE Project – the Largest Sky Survey Worldwide). Prof. Bozena Czerny and Prof. Andrzej Udalski are the only Poles awarded by the European Astronomical Society.

Source: Center for Theoretical Physics of the Polish Academy of Sciences (press release)