Valuable Plant Extracts and Probiotics to Save Bees

Humans have profited from immune boosting herbs and probiotics for thousands of years. Professor Aneta A. Ptaszyńska from the Maria Curie-Skłodowska University in Lublin has developed such substances for honeybees in order to help them fight a dangerous and frequent fungal infection – nosemosis.

HONEYBEES DO NOT only make honey and other products that are valuable to humans. Their role as pollinators of both wild and cultivated plants cannot be overestimated, either. Yet keeping honeybee colonies in a good condition is growing increasingly difficult due to changes in the environment, e.g. chemical pollution and large-area monocultures, that is the cultivation of a single crop in a given area.

The mass extinction of honeybees that has been observed for over a decade now, called the colony collapse disorder (CCD), does not have one direct cause, yet several factors are especially frequent. One of them is nosemosis – an intestinal infection that results in weakness and malnutrition, often ending in the death of the entire colony. The disease affects beekeeping all over the world. In Poland, with more than 70 thousand farms that keep around 1.5 million bee colonies in total, it is estimated that colonies infected with nosemosis constitute 20 percent of the entire population. The infection could be effectively treated with an antifungal drug, but such drugs cannot be used: once administered to the honeybees, they penetrate the honey, and substances of that type are harmful to humans.

A research team from Lublin decided to tackle this problem. They used adaptogenic plants, such as ginkgo, magnolia vine and ginseng, which stimulate the immune system not only in humans, but also in bees. The scientists developed a preparation that can be administered directly to honeybees. ‘Based on herbal extracts, the formulation stimulates immunity in honeybees, which is indicated by the increased activity of phenol oxidase. The increased oxidase activity following the administration of the preparation shows that the immune system has been activated, allowing the insects to fight infections with pathogenic microorganisms more easily,’ Prof. Aneta Ptaszyńska explains.

The second method is to develop a probiotic to support the insects’ intestinal flora. Similarly, as in humans, it plays a crucial role in preventing intestinal infections in bees. ‘We isolated the bacteria from the digestive system of healthy bees from colonies in a very good condition. This makes our product unique on the market and distinguishes it from the group of available probiotics that contain microorganisms not dedicated to a specific group of animals. When we give the bees a probiotic that occurs in their environment naturally, we can be sure that it will both support the microbial flora in their digestive system and be safe for the environment,’ the researcher adds. The honeybees that receive the probiotic live longer, can assimilate nutrients more easily and are more successful in fighting infections.

Both these innovative formulations have been patented. The team is working on successive ones.

Prof. Ptaszyńska was awarded for her work with the main prize in the 9th edition of the contest ‘Innowacja jest kobietą’ (‘Innovation is a Woman’) organised by the Foundation ‘Kobiety Nauki’ (‘Polish Women Scientists Network’), which promotes women’s achievements in the research sector. Moreover, Prof. Ptaszyńska presented her inventions at the International Trade Fair ‘Ideas – Inventions – New Products’ iENA 2018 in Nuremberg, where they won the silver medal. They were awarded gold medals by the international jury of EUROINVENT and by the World Invention Intellectual Property Associations (WIIPA). In addition, the inventions won the international EIFFEL award granted by the Association of French Inventors and Manufacturers at the 117th International Inventions Trade Fair CONCOURS LÉPINE in Paris. 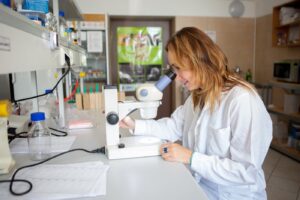 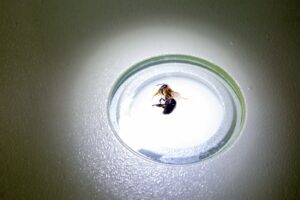 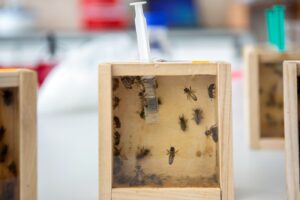 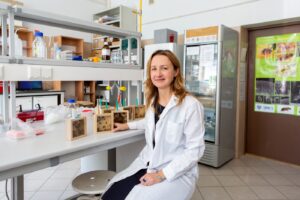 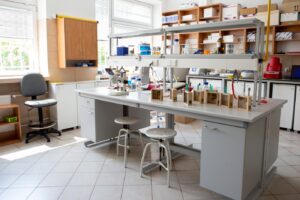