Will chemotherapy work for a specific patient? Scientists from the University of Lodz developed tests that might help answer this question.

CHEMOTHERAPY IS the standard method of treatment of various types of tumours. The problem is that it sometimes fails to bring the expected results. The reason is that the patient has an acquired or innate multidrug resistance. What this means is that the drugs they receive in the chemical cocktail cease to destroy cancer cells. The main cause of this phenomenon is an increased level of multidrug transporters in the patient, that is special ABC proteins which transport the drugs from the cells.

Scientists at the Department of Molecular Biophysics of the Faculty of Biology and Environmental Protection at the University of Lodz decided to examine this phenomenon in their project entitled ‘TESTOPLEK – Role of multidrug transporters in pharmacokinetics and toxicology – in vitro tests in pharmaceutical and clinical practice’. ‘Our chief aim was to develop tests that could indicate which transporter we are dealing with, and consequently, whether it makes sense to use a certain therapy in a patient or whether it wouldn’t work and we should rather look for something else,’ explains Professor Grzegorz Bartosz, the leader of the project.

The greatest challenge the researchers had to face was the fact that the above-mentioned ABC proteins are characterised by poor specificity, that is they are able to transport a wide range of compounds. In addition, these transporters are normally produced by certain healthy human cells and are supposed to protect specific parts of the body, e.g. the brain or the developing foetus, from the harmful impact of toxic substances. Their level only rises in cancer cells. ‘That is why it is not always sufficient to ascertain the presence of a specific protein in the test tube. For the patient’s survival, the crucial question is whether that protein is fully active,’ Prof. Bartosz explains.

Results of the Project

The TESTOPLEK project, which has already been completed, brought several results. Among other things, the scientists developed new methods to evaluate proteins responsible for multidrug resistance. They created a biobank, in which more than 12 thousand samples of genetic material from Polish donors are collected. The additional value of these studies is the development of a new method to ascertain sex and hair colour, which can be used e.g. in forensic science and archaeology. Moreover, genetic methods of identifying drug-resistant pathogenic yeasts have been developed.

And most importantly, the researchers managed to develop two tests that measure the protein activity levels of ABC transporters in a tissue sample. This might lay the foundations for the development of diagnostic tests. At present, the department is looking for a business partner, who would commercialise the invention and develop it into diagnostic tests applicable in medical practice. ‘We have the theoretical foundations, we have validation procedures, we have patent protection for our technology. We can grant a licence to a company that would undertake to produce the tests,’ says Prof. Bartosz.

Faculty of Biology and 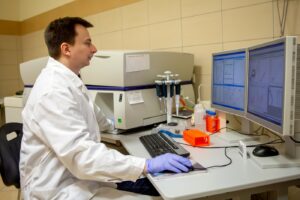 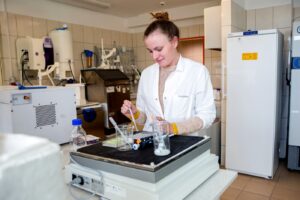 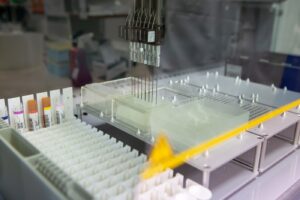 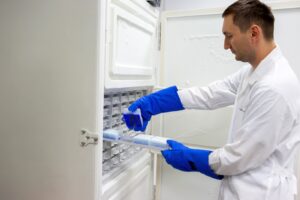 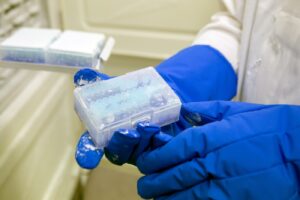