An innovative biopreparation made from fungi has been developed by research team led by Professor Grażyna Barbara Dąbrowska from the Chair of Genetics at the Faculty of Biology and Environmental Protection of the Nicolaus Copernicus University in Toruń. It can accelerate the decomposition of plastic waste even by 20 percent.

THE INVENTION is effective particularly in the case of waste made of polyethylene terephthalate (PET), which is used to manufacture beverage bottles and fibres for textile applications, such as the production of polar fleece. Used disposable packaging, including those made of PET, are among the most popular types of waste at landfill sites all over the world. In addition, plastic waste poses a threat to the environment, particularly the oceans and seas. Classic petrochemical polymers need from 500 to even 1000 years to biodegrade. The innovative preparation could reduce this time by an average of 15 percent, and even 20 percent in the case of PET. Moreover, it would accelerate the decomposition of biodegradable materials which are similar to classic plastics, but which degrade within a few months to several years.

‘The biological preparation contains Trichoderma, a genus of saprophytic fungi. They are microorganisms naturally present in the environment. They can produce hydrolytic enzymes, which decompose polymers,’ says Prof. Grażyna B. Dąbrowska.

The scientists have selected fungi which are additionally able to stick to the polymer surface thanks to the special proteins they generate. ‘The secretion of these proteins by the fungi increases the enzymatic productivity and efficiency in degrading synthetic materials,’ the researcher explains. Moreover, the use of the preparation has a positive impact on the soil quality and improves the condition of plants. Using the preparation in the soil stimulates the development of other soil microorganisms and, thanks to the fungi’s ability to produce numerous hydrolytic enzymes and phytohormones, makes the plants grow faster and develop more lateral roots, which enables them to better absorb nutrients.

The method of obtaining the preparation has been patented. The scientists argue that it is cheap and safe in production, because the fungi used in the preparation occur commonly on the soil surface all  over the world and their cultivation does not require any special conditions. They can be isolated from the surface of agricultural soil and from tree bark.

Researchers from the Nicolaus Copernicus University have studied microorganisms for a long time, trying to identify ones that could help deal with waste. A species is tested by cultivation on media containing harmful substances, such as salt, heavy metals or plastics. Alternatively, the culture has limited access to standard carbon sources.

‘We noticed that these fungi’s potential to grow is comparable to that in control conditions (where no harmful substances are present and the fungi have access to a standard carbon source),’ says Prof. Grażyna B. Dąbrowska.

Easy to Use Granules

The scientists patented a mode of production of the preparation in the form of granules. The biological substance is contained in an ecological polymer made from marine algae. The granules have to be scattered over a given surface. Then, it suffices to water them or to wait for rain, and the substance becomes active.

The solution can be used e.g. by entrepreneurs dealing with recycling and reprocessing synthetic materials. In addition, it can be used, for example, at public landfill sites, or to reclaim illegal dumping grounds. For now, the preparation is manufactured exclusively in the laboratory in Toruń and is not used on a larger scale, but the researchers hope to find business partners interested in mass production soon.

Faculty of Biology and Environmental Protection 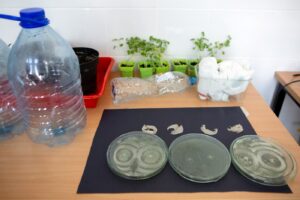 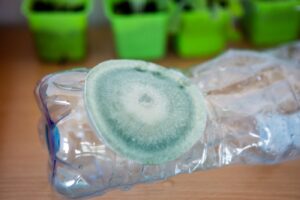 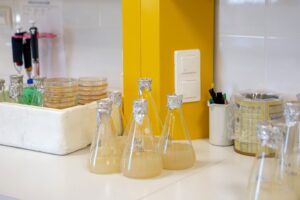 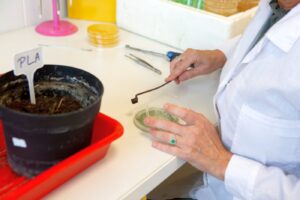 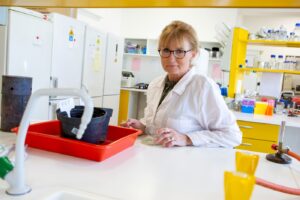