Partial Deafness Treatment (PDT) is a programme developed by Professor Henryk Skarżyński and dedicated to patients who cannot hear middle and high-frequency sounds, or most of whose hair cells have been damaged, which hampers their communication with the environment.

WHILE EFFECTIVE COMMUNICATION provides a basis for the development of modern communities, the percentage of persons with a hearing disability is growing, particularly in ageing societies. Skarżyński’s method of Partial Deafness Treatment gives millions of such people a chance to fully regain their hearing and live a normal life. That is why this method may be listed among the achievements of contemporary science and medicine.

The phenomenon of PDT consists in supporting the patient’s residual acoustic hearing with the socalled electric hearing, which is developed thanks to inserting a cochlear implant following a six-step procedure proposed by Skarżyński. The surgery involves implantation of the device under the scalp and an atraumatic insertion of the cochlear implant’s electrodes into the deaf part of the cochlea while preserving the properly functioning areas of the inner ear (cochlea). Fixed behind the patient’s ear, the external part of the system (the speech processor) transforms the sound into electric microstimuli, which are then transmitted through the skin to the implanted electrode. Next, they stimulate the endings of the auditory nerve and are transmitted to the cerebral cortex, where they are received as an understandable hearing sensation.

Regaining Hearing and Communication with Others

Combining the patient’s own residual hearing with electric hearing produces extraordinary results. After the treatment, patients who could understand less than twenty percent of acoustic information achieve a level of hearing that allows them to easily communicate with others, talk on the phone, enjoy listening to music and even develop their artistic passions such as playing various instruments or singing and composing music. Some are even as good as professional musicians, which is demonstrated, for example, during the International Music Festival for Children, Youths, and Adults with Hearing Disorders ‘Beats Of Cochlea’ – an event which has been held annually for five years now on Prof. Skarżyński’ s initiative.

Professor Skarżyński carried out the world’s first surgery to complement acoustic hearing with electric hearing in a partially deaf adult patient in 2002, and in a child – in 2004.

‘I have performed more than 4.5 thousand such surgeries since then. Other otosurgery centres in the world have performed no more than tens or hundreds,’ Prof. Skarżyński says. Between 15 and 20 thousand surgeries per year have been carried out over the last 16 years in the World Hearing Center headed by Prof. Skarżyński – that is several hundred percent more than anywhere else in the world.

implemented in more than fifty institutes around the globe. ‘The Polish school of otosurgery gained recognition in world science and medicine because we had strong arguments,’ Prof. Skarżyński says. ‘Our presentations at global and continental congresses and the publications of the results of

patients who had undergone surgeries following my method left no doubt that it was least invasive. Admittedly, however, it is far from simple and requires experience and responsible courage. I have

performed more than 200 thousand surgeries in my professional life. In order to promote the most notable achievements, I had to take the risk and carry out surgeries with a live broadcast in Poland and in more than a dozen countries on three continents,’ adds prof. Skarżyński.

Achievements of the ‘Polish School of Otosurgery’

Together with 46 scientists from all continents, Prof. Skarżyński developed the world’s first system of classifying the results of treatment. Then, in 2007, he initiated the world’s greatest series of international workshops – Window Approach Workshop (WAW). During the 49th workshop at the World Hearing Center, Prof. Skarżyński performed more than one thousand demonstration surgeries, which were watched by more than four thousand experts from all continents. The scientific achievements of the Polish school of otosurgery include almost three thousand publications and scientific contributions.

Institute of Physiology and Pathology of Hearing 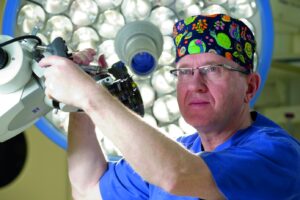 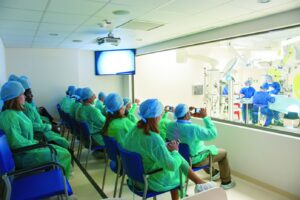