THE EUROPEAN Centre for Bioinformatics and Genomics (ECBiG) was established in 2007 as a research consortium by the Institute of Bioorganic Chemistry of the Polish Academy of Sciences (IBCH PAS) and the Institute of Computing Science of the Poznan University of Technology. ECBiG is a unique Polish research centre dedicated to multi-scale and multi-level studies of biological systems. It comprises laboratories of structural genomics (protein bioengineering and crystallography, subcellular structure analysis, biomolecular NMR), functional genomics (sequencing, mass spectrometry, cell and tissue culture) and bioinformatics (structural bioinformatics, systems bioinformatics, bioinformatics of nanosystems and biosystems as well as DNA, RNA and protein analysis).

The top-of-the-line equipment at the ECBiG allows to carry out multidirectional studies of complex biological systems, investigate the genetic background of both physiological and pathological processes, and search for the relations between the genotype and the organism’s phenotypic traits.

Taking up this kind of challenges requires scientists to use a wide range of already existing tools offered by bioinformatics, but also to develop their own specialist software and databases, the Internet portal RNApolis (http://rnapolis.pl/) being an excellent example. The Poznań Supercomputing and Networking Center affiliated to the IBCH PAS additionally enhances the ECBiG’s IT infrastructure by providing computing power and servers for data archiving.

Thanks to its scientific and infrastructural potential, ECBiG has been involved in cooperation with numerous Polish and foreign research institutions for many years. This cooperation has resulted in a long list of completed projects and scientific publications in the area of plant, animal and human genomics. Many of them concern the issues of pathogenesis, prevention, diagnosis and treatment of human diseases.

The objective of one of the ECBiG’s strategic projects is to develop the Genomic Map of Poland (GMP). The GMP is a Polish infrastructure comprising advanced bioinformatics tools and databases that are necessary for the further progress of research in the field of genomics. The results of the project will include creating the Polish reference genome, a map of genetic variation in the Polish population, algorithms to analyse the relations between the genotype and the phenotype of the examined persons, as well as software needed to create visualisations of genome-wide data. Similar studies have been carried out in only some countries worldwide, including the US, the UK, Iceland, the Netherlands, Sweden, Japan, South Korea and China. Moreover, the ECBiG team is running a project whose objective is to develop a database describing the composition of and variation in the microbial flora of Polish citizens (Polish Microbiome Map).

‘An extremely interesting and definitely the most interdisciplinary direction at ECBiG at present is archaeogenomics, that is studies of ancient DNA, which enable us to verify hypotheses concerning the human past,’ says Professor Marek Figlerowicz, Director of the Institute of Bioorganic Chemistry of the Polish Academy of Sciences.

Carried out in collaboration with archaeologists, historians and anthropologists from Poland, Germany and Czechia, the project entitled ‘Dynasty and Population of the Piast State in the Light of Integrated Historical, Anthropological and Genomic Studies’ attempts to answer a range of vital questions concerning Polish and European history. ‘In the papers that have been published so far, we have described the processes that shaped the unexpectedly complex genetic structure of the population that inhabited the territory of today’s Poland in the first centuries of the Common Era. Our next publications will reveal whether any population replacement occurred in this area in the first millennium A.D. and where the Piast dynasty originated from,’ Professor Figlerowicz announces.

European Centre for Bioinformatics and Genomics 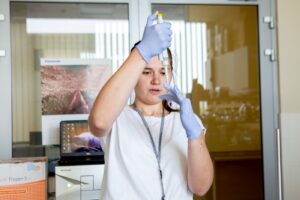 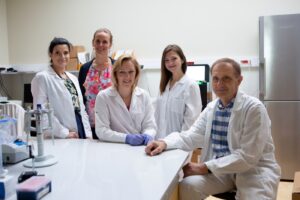 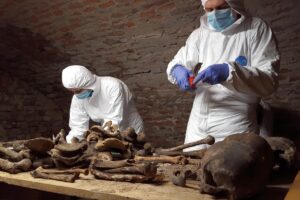 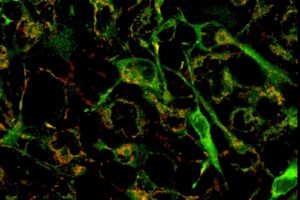