Scots pine is the main forest tree species in Europe, especially in its northern and eastern parts. Intensive studies across the whole continent demonstrate the way the species had to adapt to changing environmental conditions in the past. In view of the current climate change, forests are facing new major challenges.

THE PROJECT funded by the National Science Centre, ‘Geographic trends of variability of functional features of Scots pine in Europe in the context of climate change and ecological processes’, aimed to study Scots pine across its entire range of distribution – from Spain to the northern border of the Scandinavian forests. The team led by Professor Jacek Oleksyn, Director of the Institute of Dendrology of the Polish Academy of Sciences in Kórnik, examined 92 populations of Scots pine across Europe. The team identified the genetic types within this species. Based on the geographic distribution of genetic types, it was possible to identify the likely refugia where the species survived the last glaciation. The probable migration routes of the species after the ice sheet retreated from Europe were also reconstructed. As it turned out, having moved across the continent, the pine from refugia located in Western Europe and the Balkan Peninsula crossed the Danish Straits and populated the western part of Scandinavia: Sweden and Norway.

The trees that reached Finland were the descendants of those which had survived the glaciation in the refugium in the Eastern European Plain covering the western part of today’s Russia. Both these types of trees are encountered in Poland. In contrast, forests in Turkey and Spain have their own, genetically unique pines.

Reading the History Rooted in the Woods

Professor Oleksyn began researching pine trees after reading a unique book by the Swedish naturalist, Nils Sylven. Sylven published the results of his detailed studies on the ecology of the Scandinavian pines in the years 1916 – 1917. Once we confront historical information with current observations, we can see what has changed over the course of the last century.

‘Human life is too short to observe changes in tree populations. A perspective of several years is the only way to verify the hypotheses on how our forests used to respond to climatic changes in the past, how they adapted to local conditions, colonized new areas, or succumbed to adversities,’ says Professor Jacek Oleksyn.

Scientists investigated the migration pathways of particular genetic types of pine trees by analysing their DNA. They also took samples from tree trunks by drilling. Based on the cores, they were able to decode the information about how the trees had been growing over the course of the years. By comparing the data obtained from the cores with the historical meteorological data, researchers were able to trace the impact of climatic conditions on the tree growth. They could also make attempts at predicting the reaction of trees to future climatic conditions. Additionally, they studied the soil, in which the trees grew, as well as other environmental variables.

The Lifespan of a Pine Needle Has Decreased

In each of the studied places, the trees have adapted to local conditions: the length of day and night, the temperatures and humidity at different times of the year. This process has taken them thousands of years. Yet, the current fast pace of climate changes has an adverse impact on them. The studies have shown that the average lifespan of pine needles has decreased by nearly two years in Scandinavia in the last one hundred years. In Sylven’s time, the needlesnlived and stayed on trees for even 11 years. Nowadays, it is about nine years.

This result obtained by Professor Oleksyn’s team proves the utmost vulnerability of the northermost European forests to climatic changes. In many European regions, the pine stands on sandy soils die out on a massive scale, even though the Scots pine generally grows well there. Research on trees and their reaction to environmental changes is under way. A better understanding of the compensatory mechanisms, by which pine trees used to cope with changes in environmental conditions in the past, is likely to tell us how to better protect forests today and in the future.

The Institute of Dendrology 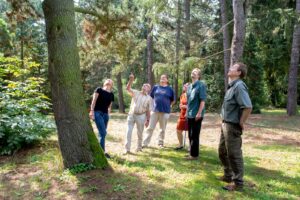 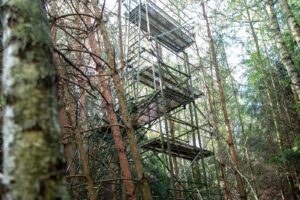 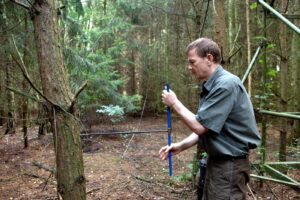 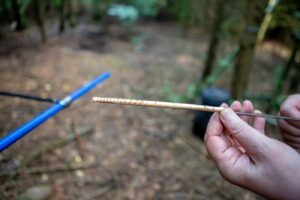 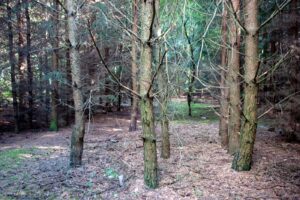