Centre of New Technologies University of Warsaw: A Partner of the Scientific Community

The Centre of New Technologies of the University of Warsaw (CeNT UW) is an interdisciplinary research institute, which focuses on investigation of phenomena related to biology, chemistry and physics.

THE SCIENTISTS at CeNT UW cooperate with a wide range of research centres both in Poland and abroad. They tackle fundamental scientific problems and carry out projects that benefit the society and the economy. Among other things, they are attempting to increase the stability of mRNA. If this is achieved, a new chapter can open in developing effective genetic vaccines to fight diseases such as malignant tumours. The solutions developed at the CeNT UW are currently at the stage of advanced clinical trials. Those results are also successfully implemented by the centre’s spin-off company –Warsaw Genomics. It performs tests that indicate the risk of developing genetically determined cancers and facilitate their early detection and effective treatment. The tests are a part of the National Cancer Risk Assessment Program ‘BadamyGeny.pl’.

CeNT UW creates a friendly work environment for both junior and recognised scientists. Moreover, it promotes education and training of PhD students. The European Commission granted the University of Warsaw the right to use the ‘HR Excellence in Research’ logo in 2016. It certifies that university meets the requirements for institutions with regard to implementing the principles set out in the European Charter for Researchers and the Code of Conduct for the Recruitment of Researchers. These principles are also implemented at CeNT UW. Moreover, on account of its continuous development, CeNT UW keeps looking for ambitious staff members at various stages of their scientific careers.

At present, CeNT UW comprises more than thirty laboratories, where researchers tackle the key issues of modern science, such as lifestyle and neurodegenerative diseases, cancer vaccines, new energy sources and the application of quantum phenomena in optical technologies.

CeNT UW strives to become an active partner of the scientific community in the areas of chemistry, biology, physics and IT. In order to attain this goal, it continues to invest in infrastructure and adapt the existing one to the evolving needs of the CeNT UW staff.

‘We follow the principle of open access to techno logically advanced equipment to make it available to research teams not only at CeNT UW, but also at other units of the University of Warsaw as well as external academic centres at home and abroad. Part of our work is dedicated to research projects carried out in collaboration with business,’ says Professor Ewa Bulska, Acting Director of CeNT UW.

The scope of research carried out at CeNT UW covers numerous projects that combine several fields of science. At the centre’s core are two international research agenda units:

Centre for Quantum Optical Technologies (QOT), established in partnership with the University of Oxford; it aims to explore the practical utilisation of quantum phenomena such as superpositions and entanglement, in optically controlled system, with the long-term prospects of their practical utilisation.

Regenerative Mechanisms for Health (ReMedy), established in partnership with the Medical Centre of the University of Göttingen; the goal of ReMedy is to understand and harness stress-evoked adaptability of cells at the molecular and biochemical level in order to combat human diseases and pathologies. 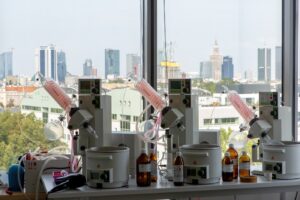 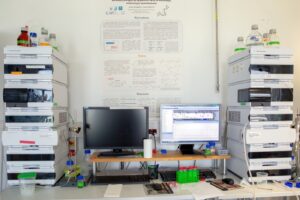 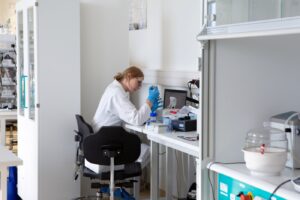 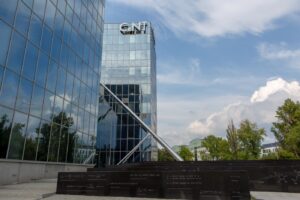