Cancer Immunotherapy: A Story of How One Atom Has Been Substituted

At the Centre of New Technologies University of Warsaw, a group of scientists led by Professor Jacek Jemielity is working on the development of a vaccine to suport the immune system in the fight against cancer.

NEW CANCER CELLS are constantly being created in our body. Fortunately, they cannot survive for long. The defence mechanisms of our body are usually able to eliminate them before they start to multiply and cause the disease. However, sometimes, as a result of a combination of extremely unfavourable circumstances, the body’s defence mechanisms do not react quickly and effectively enough, and a tumour develops. The cancer vaccine, which is being developed by the scientists, by analogy to traditional vaccines, is intended to stimulate the creation of immune system’s special forces: T lymphocytes, called killer cells, which prevent the development of the disease.

How does the so-called cancer vaccine work?

PROF. JACEK JEMIELITY: On the surface of cancer cells there are specific proteins, different than on the surface of normal cells. These proteins are called antigens. We supply the body with the genetic information of the antigen that is found on the surface of the patient’s tumour. The same protein is produced by the cells in the patient’s body, causing the immune response and the production of T cells engineered to destroy cancer cells. In contrast to preventive vaccination, this is not done before the disease occurs. Our vaccine is given to people who have already been diagnosed with cancer. Isolated antigens are not administered as in the case of traditional vaccines, but the patient’s organism is forced to produce them.

How do you do that?

We use mRNA, meaning messenger RNA. It is crucial in the process of protein production. The proteins needed for the construction and functioning of the body’s cells are encoded in the DNA found in cell nuclei. They are produced outside the nucleus, in cytoplasm. The blueprint for a protein is not supplied from the nucleus to the cytoplasm in the original form of DNA, but in the form of a copy– precisely the mRNA molecule. By modifying the mRNA and bringing it to the body, you can cause the desired protein to be produced. In the case of immunotherapy, modified mRNA is injected into the patient’s lymph nodes, which is where T cells are trained.

What is your team’s invention all about?

We have developed a reagent that can improve modified mRNA. It is more durable and easier to translate. This is a very subtle transformation because mRNA contains 1-2 thousand nucleotides, thus about 80 thousand atoms. In this structure, we substitute a single atom for a different one. The licence to develop our invention was purchased by a German company operating on the genetic immunotherapy market. Next, two global pharmaceutical companies purchased a sublicence from this company and initiated clinical trials of mRNA therapy. We are working on more inventions. Our goal is to make the production of our reagent more efficient. We are also working on improving the methods of administration of therapeutic mRNA.

What is needed for such vaccines to be mass-produced and to treat various cancers?

The entire scientific community and the companies investing in this field are waiting for the first mRNA-based therapy to be approved by an official regulatory authority in Europe or the USA. The market that will drive clinical trials will then open up.

A lot of our research involves international cooperation. We make the vacancy notices available to the international research community. We are happy to recruit talented scientists, regardless of their nationality. 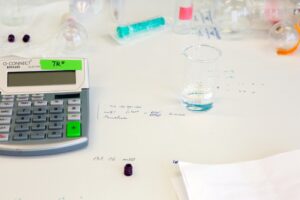 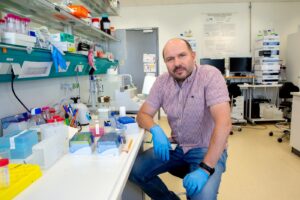 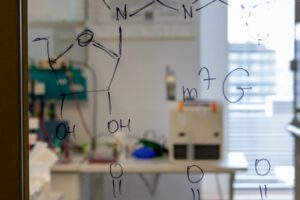 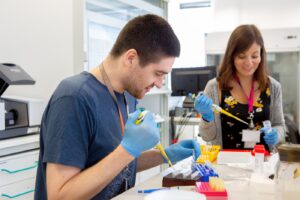 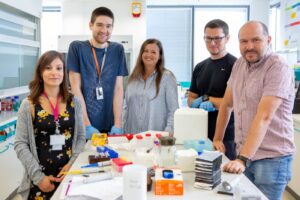