The Christian kingdom of Makuria located in modern-day Sudan existed for several centuries, surrounded by powerful Muslim neighbours. Its decline is researched by the team of archaeologists led by Dr. Artur Obłuski. They are excavating the kingdom’s old capital city – Dongola.

‘UMMA – Urban Metamorphosis of the community of a Medieval African capital city’ is a project funded by a European Research Council grant awarded to Dr. Artur Obłuski. Dr. Obłuski is the Acting Director of the Polish Centre of Mediterranean Archaeology (PCMA) of the University of Warsaw and Director of the PCMA’s Research Centre in Cairo. The aim of the UMMA project is to investigate the fate of the community inhabiting Dongola in the wake of the destructive Mamluk invasions and the king abandoning the city in the 14th century. The kingdom fell, yet the community survived. Dongola became a city-state similar to the Greek poleis. ‘The city’s ruins occupy an area of 200 ha.

This is equivalent to the area of eleventh-century Cairo, one of the world’s major cities of the time. According to sixteenth-century accounts, Dongola flourished in that period thanks to trade’, says Dr. Artur Obłuski, the project’s leader.

The excavations in Old Dongola revealed pottery made in Ottoman workshops located in the Balkans or in China of the middle Ming period. Other finds recovered on the site were reckoning counters, or jetons, minted in Nuremberg, as well as beads from all over the world, including Sri Lanka, the Netherlands and Czechia. A factory, or trading post, was established in Old Dongola by Genoese merchants. The secret behind the success of the city, which morphed from a fallen state’s capital into an independent, flourishing metropolis within 150 years, is one of the two subjects of study in the project. The second aspect involves an analysis of the religious changes. The traces of conversion from Christianity to Islam, which began in the 14th century, should still be visible in what is left of the mediaeval households in Dongola.

Makuria was one of three states which emerged in the 4th century in a region called Nubia. Today, most of these lands belong to Sudan. These states adopted Christianity in the mid-6th century and managed to survive despite the Arab conquests in the neighbouring regions. ‘The kingdoms in mediaeval Nubia halted the Islamic expansion in Africa for some 600 years,’ Dr. Obłuski says.

First, this was possible because of a conflict between various groups within Islam. Nubia began to flourish in the 10th century, when the Shiite dynasty of the Fatimids came to power in Egypt. The new Egyptian rulers had a common goal with the Christians: to not succumb to the influence of other Islam states governed by Sunni leaders. Secondly, the Nubian people were not exactly known for their peaceful nature. Only after adopting Christianity and establishing closer trade relations with Constantinople did they cease to harass the Byzantine Empire with their raids. Their art of war, refined over many centuries, and the legendary good aim of the Nubian archers successfully deterred any potential invaders.

‘All the evidence indicates that Nubians were slave traders. A seventh-century treaty included the condition that Makuria would deliver 300 slaves a year to Egypt in return for maintaining peace. We can also find mentions of Nubian slaves and mercenaries,’ adds Dr. Obłuski.

Polish archaeologists have conducted research in Sudan since the 1950s. The mission led by Prof. Kazimierz Michałowski carried out rescue excavations in areas flooded in the aftermath of the construction of the Aswan High Dam on the Nile. They saved numerous relics of the city of Faras – the capital of another Nubian kingdom, Nobadia. Cooperation with the Sudanese authorities resulted in the researchers obtaining a permit to excavate Old Dongola as well as Soba, the capital of the third Nubian kingdom – Alwa, located in the vicinity of modern-day Khartoum.

The Polish Centre of Mediterranean Archaeology 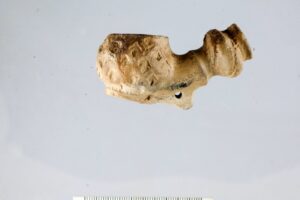 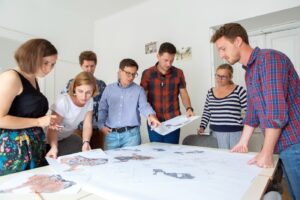 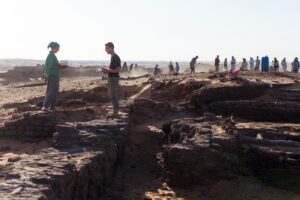