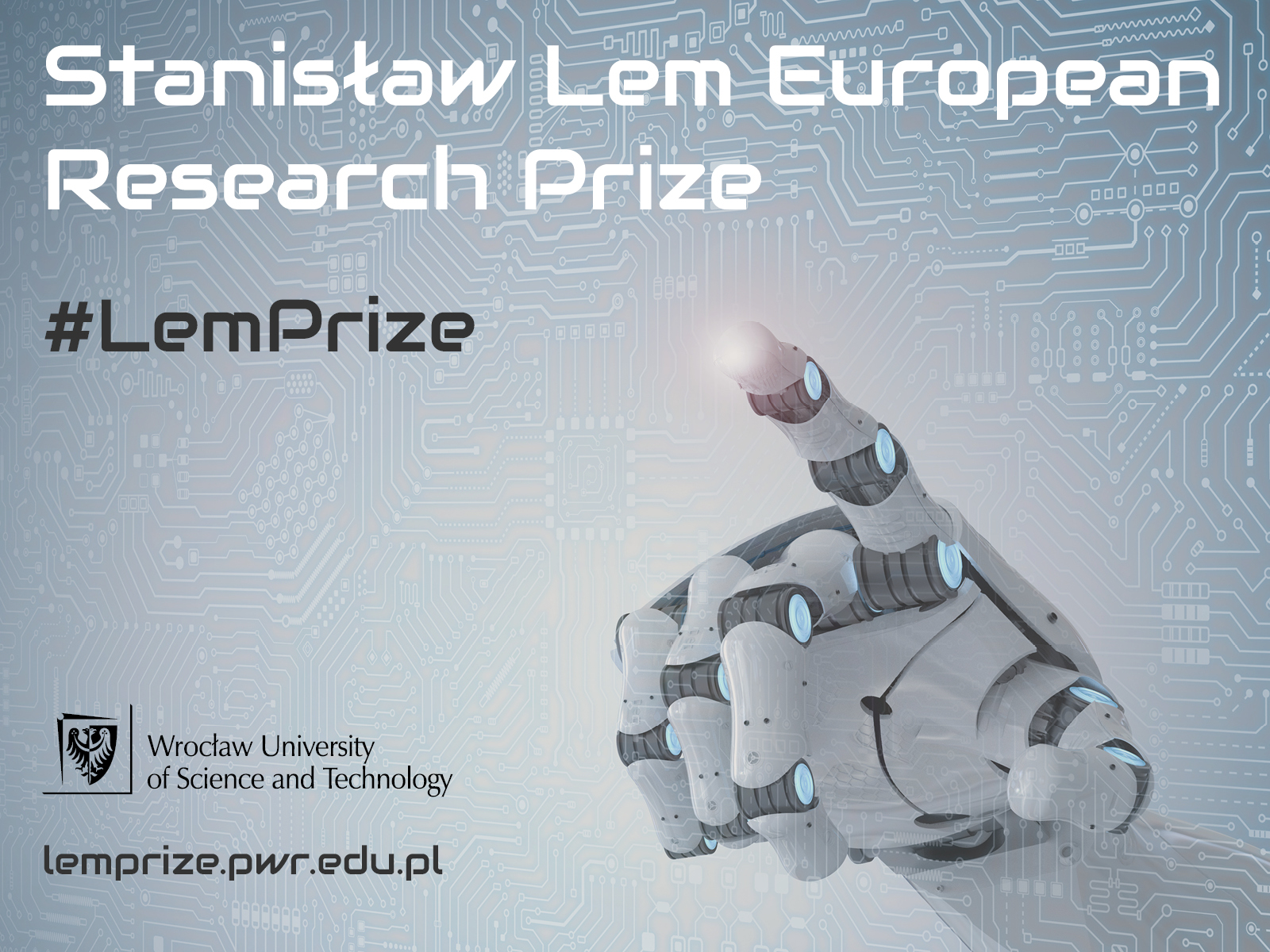 Wrocław University of Science and Technology is going to award Lem Prize. The winner will receive PLN 100,000. We will find out the name of the first winner of Stanisław Lem European Research Prize on 15 November, during the annual celebrations of Wroclaw Tech anniversary. The prize will be awarded to a young scientist whose research has potential for positive impact on the future of our civilisation.

Lem Prize has been established to commemorate the 100th birthday of the great Polish science fiction novelist, Stanisław Lem, who was awarded an honorary doctorate of Wrocław University of Science and Technology (Wroclaw Tech) in 1981.

‘Even if someone has never read his books, Stanisław Lem is so famous that he is commonly recognised as a visionary, a Futurist who saw the world of technology as an element of the future of civilisation,’ says Prof. Arkadiusz Wójs, rector of Wroclaw Tech. ‘The message following from his works should be noted among others by people who run a university of technology, because such an establishment should not only be responsible for creating new technologies, but also care about their impact on humans and their civilisation,’ he adds.

The prize is addressed to young researchers (under 40 years of age) studying or doing research in the European Union or an associated country participating in Horizon Europe. It will be awarded annually for a recent discovery or significant achievement in broadly understood fields of science and engineering, with strong elements of technology, interdisciplinarity, creativity, and vision.

‘Wrocław University of Science and Technology has very strong European aspirations. We are a serious enough university for our scientists not only to benefit from the fact that Poland is in Europe, but also to give a little of themselves to Europe.  This is why the prize is addressed to a young European scientist with their future ahead of them, and should not be perceived as a coping stone of their career,’ Prof. Arkadiusz Wójs explains.

The winner will be selected by the Prize Committee, which consists of distinguished scientists from abroad and from Wroclaw Tech as well as Tomasz Lem, Stanisław Lem’s son.

‘The composition of the Prize Committee is very diverse. This is why I am convinced that we will have great candidates and that a great winner will be selected,’ Wroclaw Tech rector emphasises.

The chapter of the Stanisław Lem European Research Prize is composed of members including:

The winner receives a monetary reward of PLN 100,000, among other things. In addition, they will be invited to Wrocław University of Science and Technology to hold seminars, lectures, and meetings with young researchers and student organisations.

Applications including the description of the discovery or achievement, a list of publications, and letters of recommendation must be submitted by 15 October 2021. The winner will be announced on 15 November 2021, during the annual celebrations of Wroclaw Tech anniversary.

Material prepared on the basis of Wrocław University of Science and Technology’s press release.