To see the invisible, i.e. the phenomenon of antimonene. Discovery and publication of a physicist from the University of Lodz!

Dr hab. Paweł Kowalczyk (prof. UŁ) from the Faculty of Physics and Applied Informatics, University of Lodz, together with the scientists from the USA, China and Taiwan have discovered that the so-called antimonene, a semi-metal commonly used in electronics, exhibits previously unknown properties. The discovery will help, among others, develop even faster computers and improve data transfer on the Internet. The scientists shared their research results in the article that has just been published in “Nature Communications”. 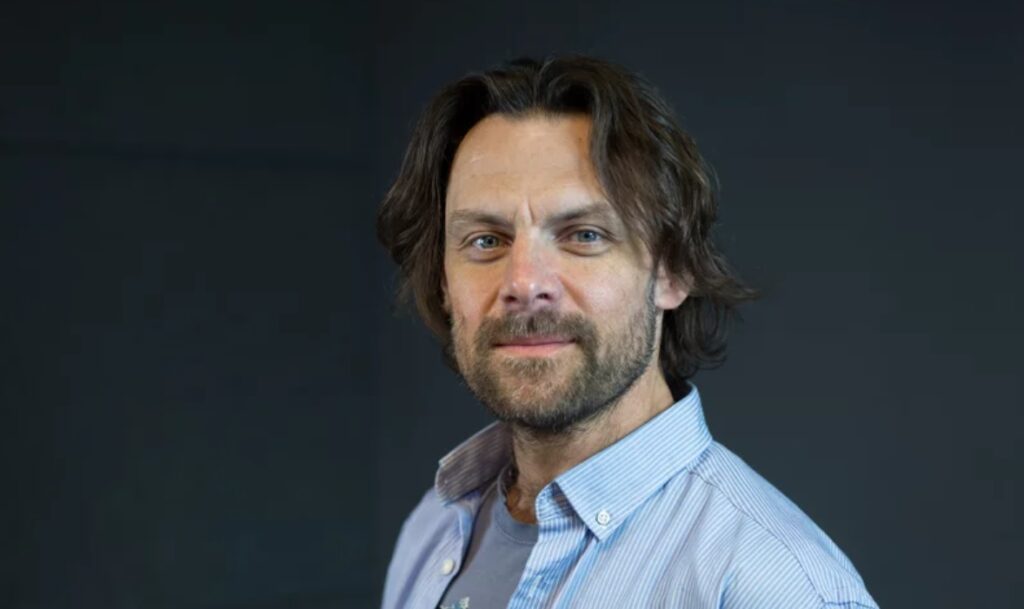 Dr hab. Paweł Kowalczyk (prof. UŁ) from the Faculty of Physics and Applied Informatics, University of Lodz – one of the members of the international team responsible for discovering the new properties of antimonene.

The antimonene that the researchers have studied is a two-dimensional (2D) semi-metal (such as graphene) composed of only two antimony atomic layers, which is one million times thinner than a human hair.

What does the discovery, which has been described in the article published in “Nature Communications”, consist in?

– If we were to compare the properties of semi-metals to radio waves, up to now we have known of the existence of ultra-short and long waves, on which two radio stations could transmit – only on VHF or on long waves depending on the material. Meanwhile, we have managed to discover the entire area of medium waves in antimonene, the range of which can be changed!! Thanks to this, the number of broadcasting stations (read: the possibilities of antimonene – ed.) can be much larger – prof. Paweł Kowalczyk, Head of the Department of Solid State Physics, University of Lodz explains the specificity of the discovery.

The change of the newly discovered properties of antimonene is possible due to activities conducted within the field of physics known as stress engineering. Compression and stretching of the material lead to changes in the distance between its atoms, and thus – changes in the properties of the semi-metal.

How was the discovery made? To put it simply: by changing the way of looking at the studied material. This allowed for the discovery of the existing properties of antimonene that have not been noticed by scientists so far.

– Sometimes it seems to us that we already know everything about the world around us, however, it is often enough to look at what we seemingly already know to see the invisible. It’s a bit like with a windowpane – explains prof. Paweł Kowalczyk. – When we look through it, we usually see the world outside the window. However, sometimes in the glass we can also see our own reflection and the world behind us. We approached the study of antimonene in a similar way, confirming the existence of its completely new possibilities.

The discovery of the team including the physicist from Lodz is of great importance for the development of electronics – mainly in the field of computerisation and the Internet, where, among others, semi-metals are used. Expectations regarding miniaturisation in electronics force the search and application of new solutions that go beyond the era of silicon transistor. One of the most intensively researched areas in this regard are 2D materials. Thanks to the new discovery, antimonene, as a representative of this family, has joined the group of the most interesting materials of the future. In particular, the use of the newly discovered properties of antimonene may significantly accelerate the work of computers, as well as improve the Internet parameters, allowing for much faster data transmission online.

Participation of prof. Paweł Kowalczyk from the University of Lodz in the international research was financed by the National Science Centre under the project No. 2019/35 / B / ST5 / 03956: “Electronics based on two-dimensional topological materials: effective methods of edge states protecting in two-dimensional topological insulators – bismuthene and antimonene”. The grant in the amount of PLN 1 million 498 thousand was awarded as part of the OPUS 18 competition, announced in 2019.

Read more about University of Lodz