The Zhangpu biota. What can mid-Miocene organisms preserved in amber teach us about the future? 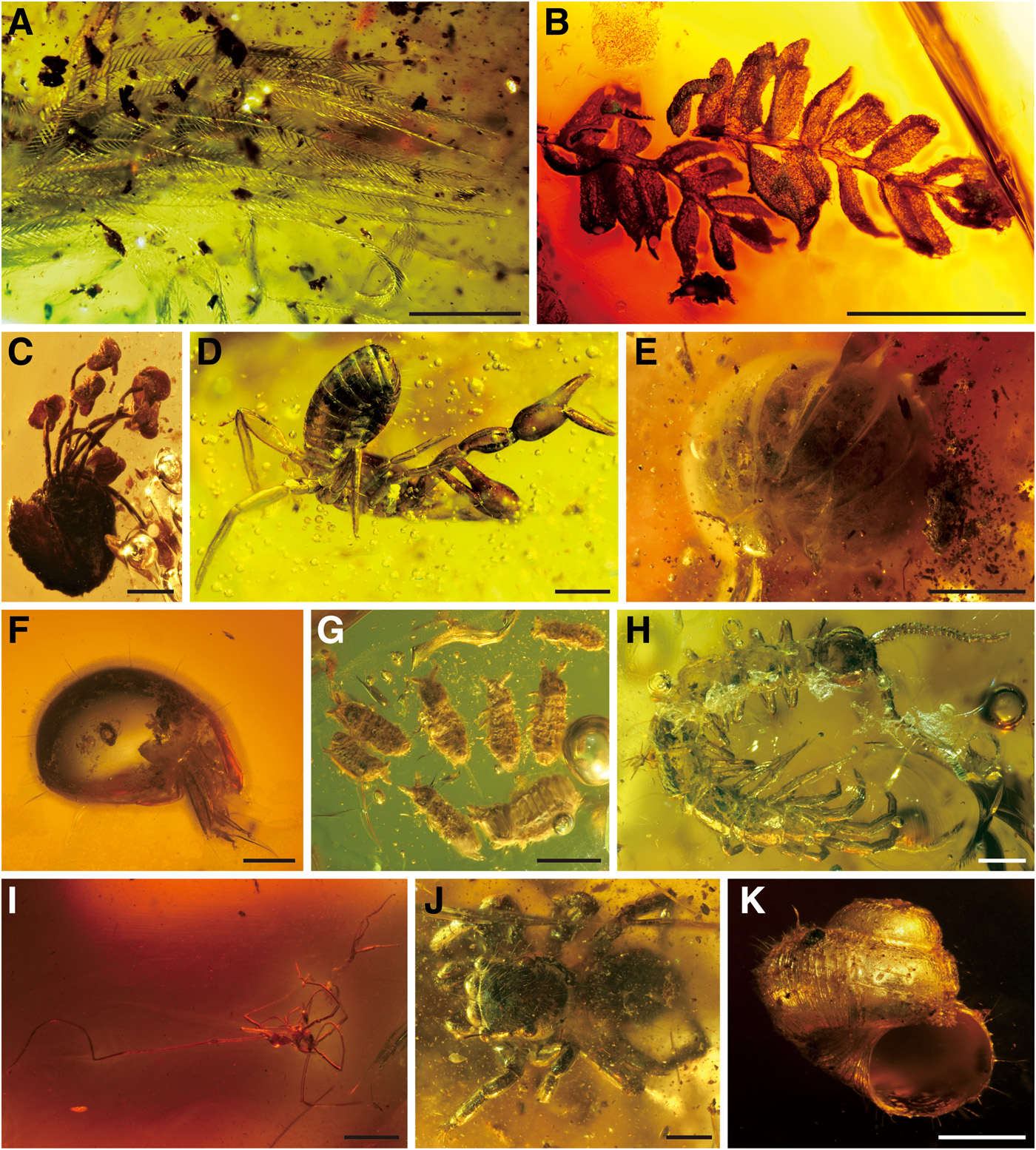 After nearly a decade of research, an international team led by prof. Bo Wang and prof. Gongle Shi from the Nanjing Institute of Geology and Palaeontology of the Chinese Academy of Sciences (NIGPAS), including Dr. Jacek Szwedo (University of Gdansk), revealed an outstanding analysis based on a very rich, middle Miocene rainforest biome, the Zhangpu biota, that included material preserved in amber for 17.7 million years. Why are their findings important? The Zhangpu biota, coming from the period when temperatures were similar to those predicted in the coming century, provides an interesting insight for biodiversity redistribution during global warming. It turns out that this impressive rainforest biome in East Asia can make an important contribution to the most vivid modern environmental challenges.

Amber postcards from the past

The studies were carried out on a diverse and well-preserved group of plant and animal fossils from the Middle Miocene Fotan group, in Zhangpu, Fujian Province in Southeast China. The Zhangpu biota, being a very rich fossil material site, is the source of an extraordinary number of amber samples containing fossils (approximately 25 thousand), as well as about 5 thousand of collected plant fossils. The number is impressive, making it the richest tropical rainforest biota ever discovered.

What makes this site special is the fact that there is no commercial acquisition and use of materials. Like captured in mid-Miocene lens, those fossils reflect well the species composition of organisms that once inhabited this area. The obtained samples shed light on the evolution of the rainforests, as well as show the exceptional species diversity in the 14.7-million-year-old tropical rainforest. One of the team members, Professor Jacek Szwedo (University of Gdansk) calls them “postcards from the past”.

The fossils contain the fruits of two-winged plants and legumes, as well as the leaves of nearly 80 different deciduous trees. The above suggests that tropical seasonal rainforests extended further north than today. For scientists, it is also an indication of what changes in the world may take place due to global warming, if ecosystems are able to adapt to these changes.

The results suggest that Asian communities of rainforest insects have been stable for at least 15 million years. According to the scientists, tropical rainforests play the role of the “museums of biological diversity” as evidenced by the richness of fossils. Compared to the modern Zhangpu climate, the most notable difference is that the Middle Miocene climate was characterized by a more stable temperature throughout the year as there were warmer winters. It is another important piece of information from the contemporary perspective, as climate change scenarios analyse global warming, especially during winter. Winter warming has a greater impact on terrestrial and marine ecosystems, reduces winter losses, and is beneficial for tropical plant growth and animal reproduction.

The finding was published in “Science Advances” on 31 April 2021, in the multi-authored article titled: The mid-Miocene Zhangpu biota reveals an outstandingly rich rainforest biome in East Asia. More: https://advances.sciencemag.org/content/7/18/eabg0625