The Polish Archaeological Institute at Athens has opened! 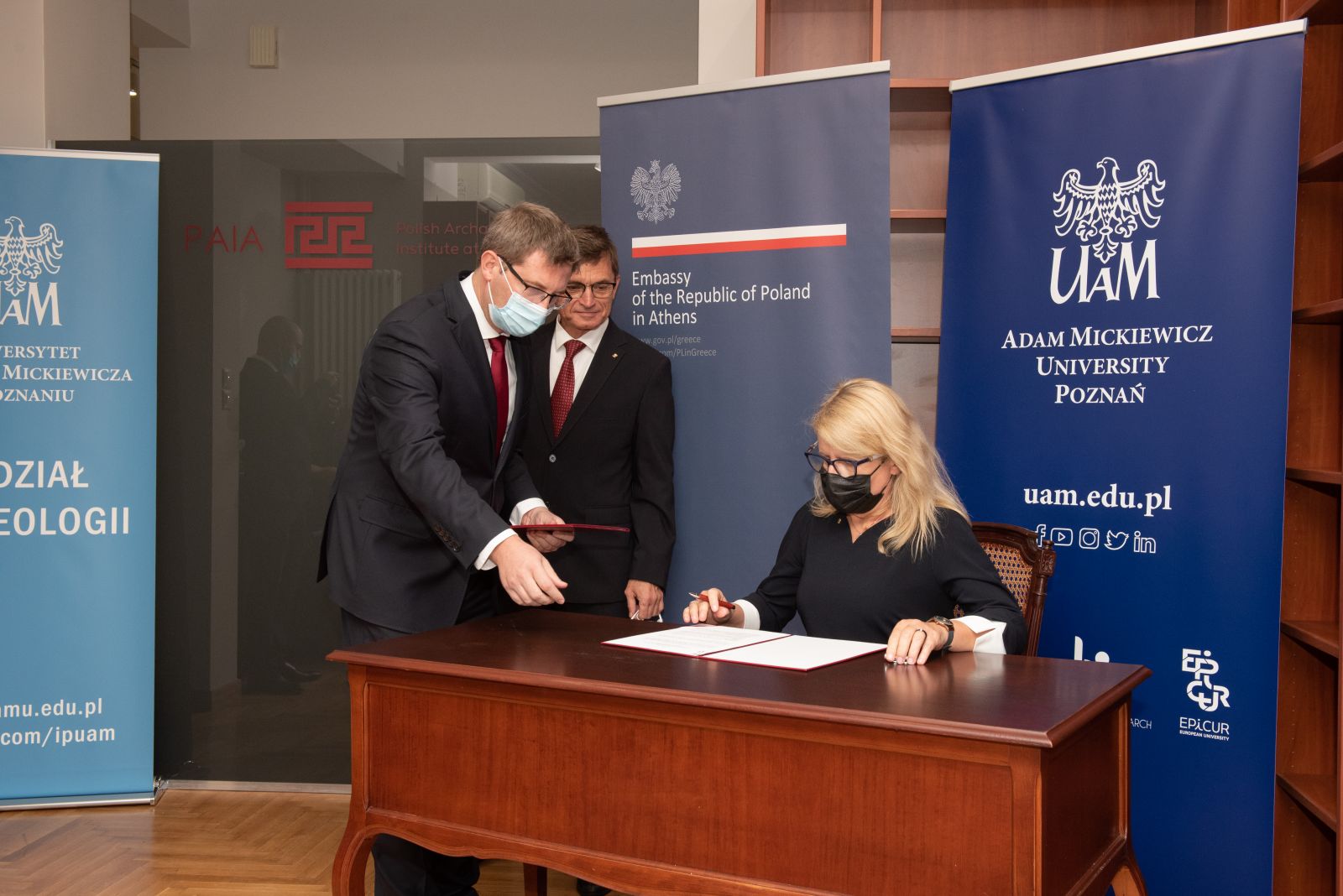 The opening ceremony of the new seat of the Polish Archaeological Institute in Athens (PAIA) was held on 26 October. The event finalized a long process of creating an institution which will serve all Polish researchers of Greek history.

‘An institution of key importance for Polish scientific research in the Aegean area begins its operation,’ says Rector of Adam Mickiewicz University, Prof. Bogumiła Kaniewska. ‘The Polish Archaeological Institute at Athens included Polish science in the exclusive group of researchers sharing knowledge about the cradle of our civilization, which is, without a doubt, Hellada,’ adds Prof. Kaniewska.

‘The PAIA represents all Polish researchers before the Greek authorities, not only those who intend to conduct excavation research there, but also those who need access to museum collections or archives,’ explains PAIA Director Prof. Janusz Czebreszuk from Adam Mickiewicz University (UAM). ‘According to Greek law, only researchers from those countries that have opened their institutes (“foreign schools”) in Athens may conduct research on their own in Greece. Until now, Poles could be members of research teams, however, without the right to lead them,’ he adds.

The task of the PAIA is to promote scientific achievements and Polish culture in the international intellectual environment of Athens and across Greece. To this end, two programmes will be launched: scientific and cultural, including lectures, seminars, exhibitions, meetings with various authors, summer schools and other types of events.

The PAIA’s seat is located in downtown Athens, the main room serves as a library, but meetings can also be held there. There are also three guest rooms on the premises.

More information about the PAIA: http://paia.amu.edu.pl