The Lost World – how uncontrolled human incursions can damage the last pristine refugia. Research of prof. Philippe Kok from the University of Lodz

According to a recent study (published in the prestigious journal Conservation Letters), led by prof. Philippe Kok from the Department of Ecology and Vertebrate Zoology, University of Lodz, uncontrolled tourism – and the human pressure related to it – threaten amphibian populations in one of the last pristine areas of the globe. The Belgian scientist conducted the research in the South American mountainous region of Pantepui, and teamed up with colleagues from the University of Gent in Belgium, renowned for their expertise in amphibian diseases. 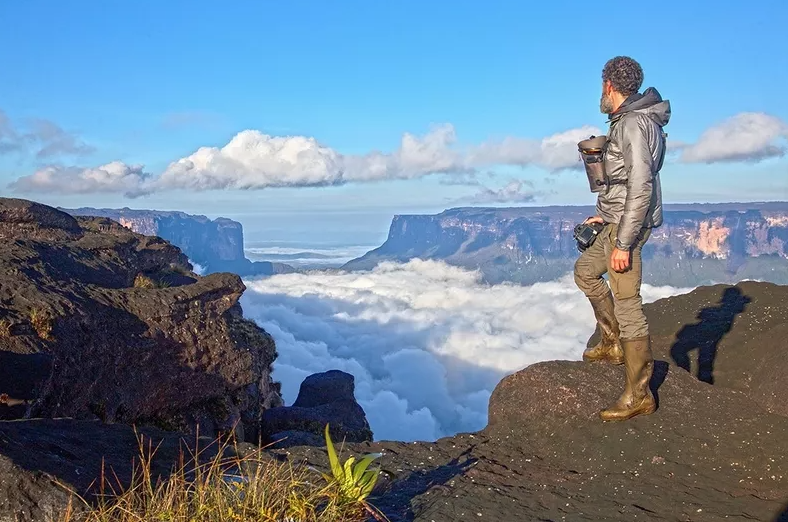 Pantepui is one of the most fascinating and inaccessible landscapes on Earth. That biogeographical region spans three countries: Venezuela, Brazil and Guyana in northern South America. Tepuis – isolated table-top mountains reaching nearly 3000 m above sea level, with up to 1000-metre-high vertical walls popping out of the jungle – are characteristic features of its landscape.

These peculiar “islands in the sky” are worshipped by the indigenous people, who considered them to be “Houses of the Gods”. The area is characterized by highly endemic fauna and flora. For these reasons, it is often called the Lost World, which is a direct reference to the Arthur Conan Doyle’s eponymous novel that inspired several movies and series, such as King Kong, Arachnophobia, Up, and the Jurassic Park franchise. Because of its isolation from the rest of the world, Pantepui is one of the few mountainous regions in the world where amphibian communities might have so far avoided infection by Batrachochytrium dendrobatidis (Bd), a fungal pathogen responsible for a dramatic decline of amphibian populations on Earth. 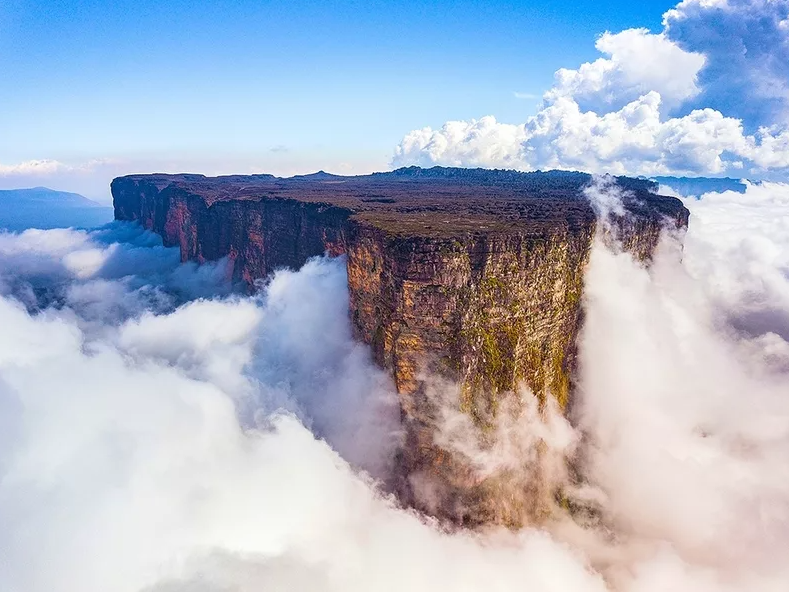 Indeed, because of their isolation, most tepui summits are very rarely visited by humans (some have been less visited than the Moon!). However, in recent years tourist incursions have increased in some more accessible areas. That is why prof. Philippe Kok from the University of Lodz has chosen this region as the site for his research. The idea was to test if the fungus is present in this pristine area and, if yes, whether there is any correlation with increasing tourism.

The scientists analysed skin swabs from 576 individuals of 35 amphibian species living in the region. Unfortunately, they detected Batrachochytrium dendrobatidis in several swabs. What came as a surprise is that virtually all the positive swabs were from specimens found on and next to the trails and camp sites, whereas the pathogen was not found in any sample from places devoid of tourist incursions.

To the best of our knowledge, this is the first time that prevalence of Bd has been unambiguously correlated with recreation intensity – wrote prof. Philippe Kok in his scientific publication summarizing his research in Pantepui. – Our findings are concerning as they imply that even limited human infrastructure that only allows foot-traffic represents a significant risk factor for disease introduction in isolated ecosystems.

Professor Philippe Kok is an environmental and evolutionary biologist. Last year, he joined the group of scientists working at the Faculty of Biology and Environmental Protection at the University of Lodz. In the SONATA call, the National Science Centre has awarded him over PLN 1.7 million for the implementation of the project “Exobiology on Earth” – research in Pantepui. The Belgian scientist has already described more than 50 new taxa of amphibians and reptiles from South America.

More about prof. Philippe Kok and his research here:  A new professor at the Faculty of Biology and Environmental Protection, UL

Find out more information about University of Lodz