Achieving goals of our International Strategy

ERUA membership will significantly strengthen SWPS University’s position and competitiveness internationally. Moreover, it will provide the University with a number of new opportunities within the consortium, such as: expanding the cooperation network; developing new, flexible and interdisciplinary study programs; offering joint diplomas; developing joint research cooperation; participating in the exchange of academics, students, lecturers, and administrative staff; mutual sharing of information and academic sources; as well as organization of joint seminars, workshops, conferences, symposia, and other academic meetings concerning common science disciplines. 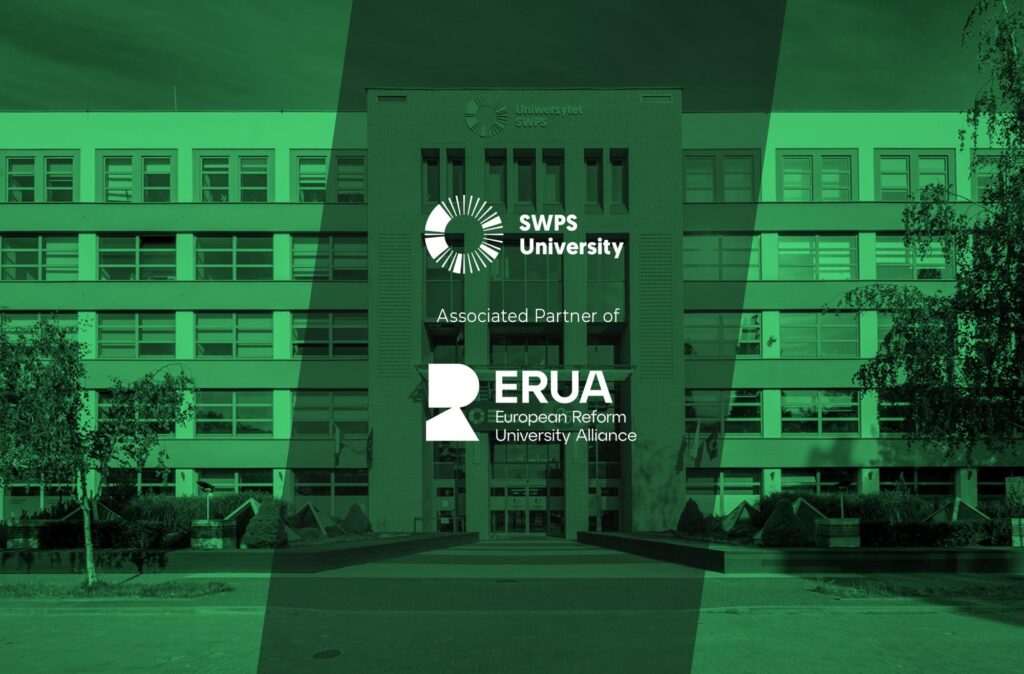 Members of the Alliance

The Alliance is financed by the European Commission from the European Universities Initiative fund. SWPS University will be included in this initiative as of 2023.

The mission of ERUA is to establish a trans-university campus offering personalized education paths in a multilingual and multicultural environment. The goals of the Alliance include:

By supporting the Alliance in the pursuit of its mission, SWPS University will actively contribute to the transformation of the European higher education sector, especially in its strongest disciplines, that is psychology and social sciences. Together, we will work towards creating a university of the future, which is united in its diversity, says Wojciech Karczewski, Ph.D. Director of the Office for International Relations at SWPS University.

The European Universities Initiative is a transnational union of higher education institutions from across the European Union. Its goal is to strengthen the capabilities of its members to effectively compete with American, British and Asian universities. The consortium focuses on education, research, innovation, and social engagement. The cooperation framework allows students, academic lecturers, and researchers to freely move between the partnering institutions for study, professional training, teaching, and research purposes.