LST, the Large Size Telescope with a 23-meter diameter parabolic reflective surface, is the largest of the telescopes that will become part of the global observatory of Cherenkov Telescope Array (CTA). The telescopes are built in cooperation with institutes from 11 countries, including Poland. The international team includes scientists from the University of Lodz – they participate in observations, data analysis and in the work on using the potential of LST-1 to examine cosmic sources. In recognition of the technological challenges the LST-1 has met, the telescope was awarded the European Technology Award. 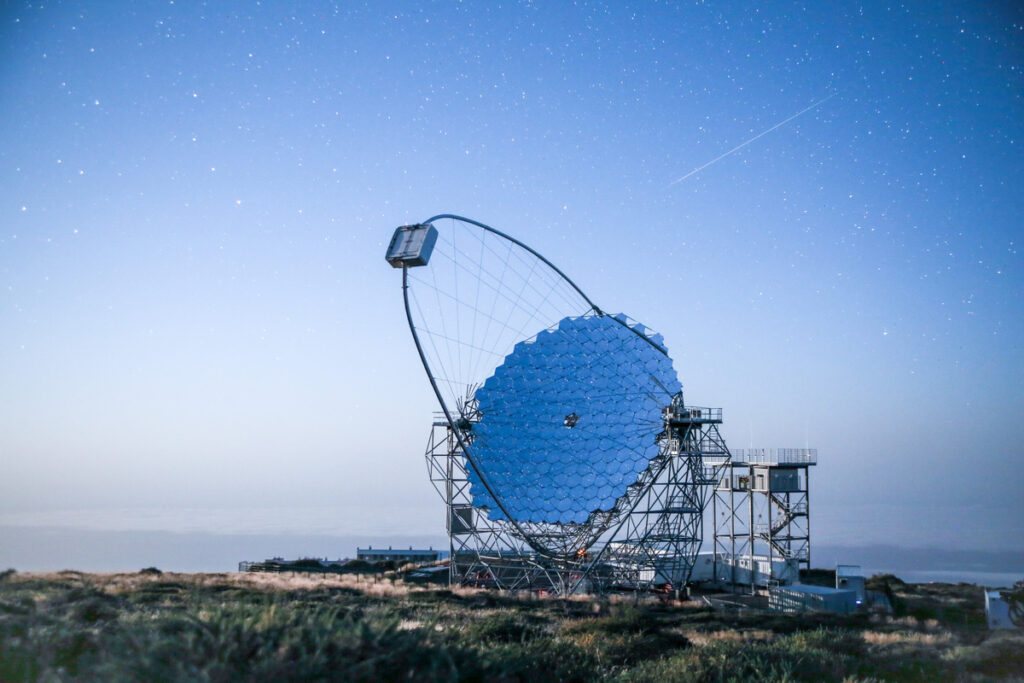 LST-1 is the first of the LST telescopes network. Its construction at the Roque de los Muchachos Observatory on the island of La Palma (Canary Islands) was completed in October 2018 and is currently in the testing phase before being integrated into the CTA network. At the same time, construction of the other three LST telescopes began.

Cherenkov Telescopes enable us to examine very high energy gamma radiation. Thanks to this we can explore secrets of the Universe, among others, the formation of galaxies and the study of rapid particle acceleration processes in the vicinity of such objects as pulsars and supermassive black holes. 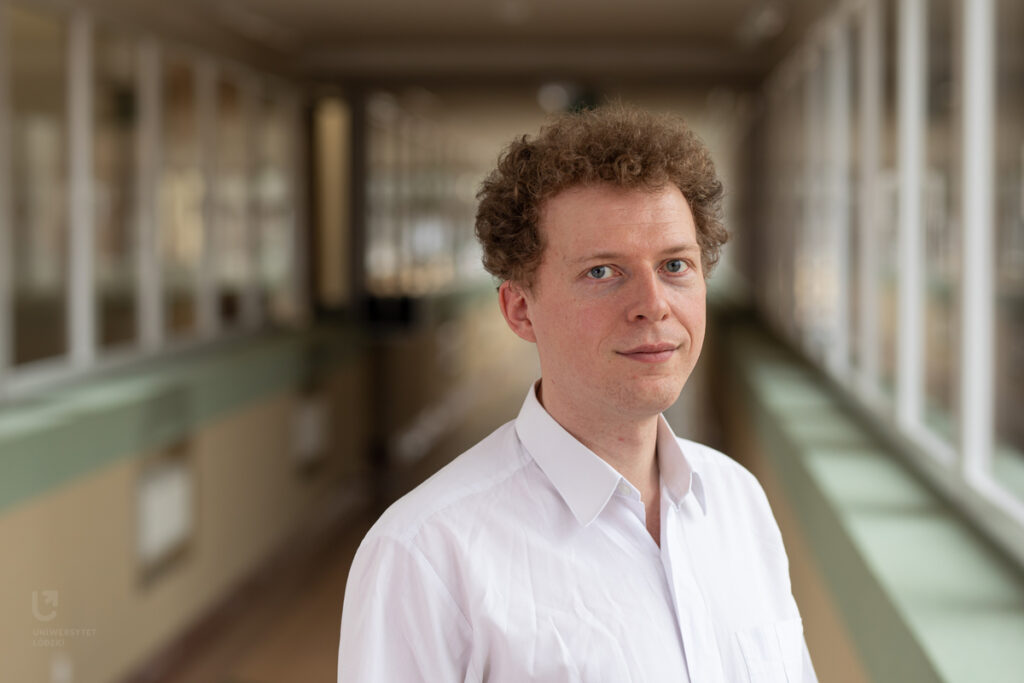 The Cherenkov telescope technique is very technologically demanding. A gamma ray interacting with Earth’s atmosphere produces cascades of subatomic particles such as electrons and positrons. These high-energy subatomic particles move so fast that they induce light equivalent to a sonic boom high in the atmosphere. This triggers so-called Cherenkov photons, which take the form of a flash of pale blue light that lasts only a few billionths of a second. LST telescopes are able to reconstruct an image of such a flash of light, registering only a few dozen photons (particles of light), and to record changes in this image at a rate of one billion frames per second.

This makes it possible to reconstruct the direction, type and energy of the primary particle. Despite the fact that the LST-1 telescope weighs 100 tons, it is an extremely nimble device, which can reposition itself in 20 seconds to pick up gamma-ray burst (GRB) signals.

Gamma-ray bursts (GRB) are the most violent explosions known to us in the Universe. It is believed that they are formed when the nucleus of a massive star collapses in a so-called supernova, or when neutron stars merge in a binary system. Gamma-ray burst in a few seconds emits an amount of energy comparable to the total energy the Sun will emit throughout its lifetime. On average, one new gamma-ray burst is observed every day on Earth. Due to the fact that they arrive from all corners of the universe, it is impossible to predict when and from where they will be observed. 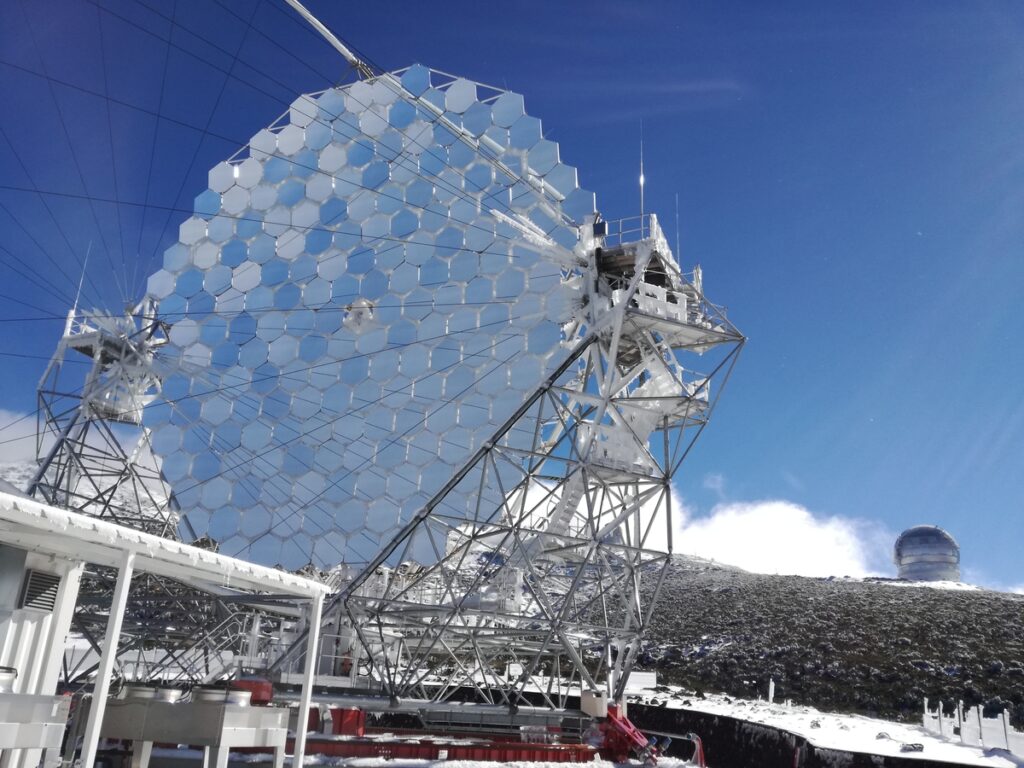 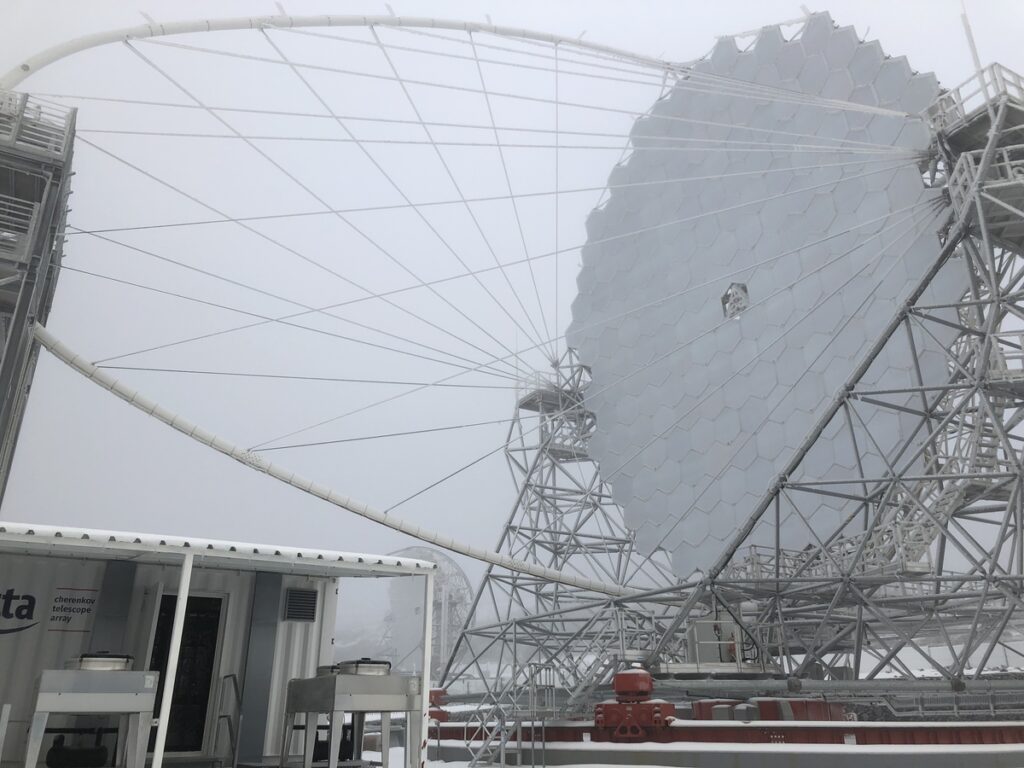 More about science and research at the University of Lodz