Polish scientists among the most influential researchers in the world 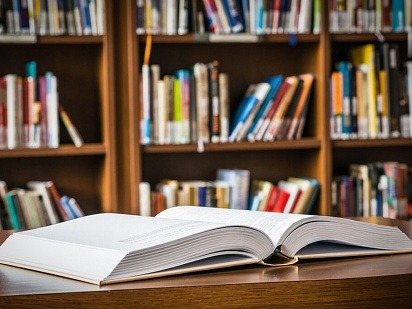 As many as 726 scientists from Poland were included in the list of the most-cited researchers from around the globe prepared by Stanford University.

Who are the authors and co-authors of the publications that other scientists are most willing to cite? According to the list of the most-cited researchers in the world they comprise only 2% of researchers, in total about 160 thousand people. The ranking was published in October in the PLOS Biology magazine. The list was prepared by scientists from Stanford University in cooperation with Elsevier scientific publishing house and SciTech Strategies. While assessing the achievements of particular scientists, the authors of the list considered publications from all scientific disciplines that were published until May 2020, and applied a set of criteria, which included, among others, the number of independent citations, the h-index, the place and role of the author among their co-authors, etc.

Who is the most-cited Polish scientist?

According to the list, 726 researchers from Poland belong to the top 2% of the most-cited scientists in the world. The most-cited Polish scientist is the Polish mathematician and computer scientist, Prof. Zdzisław Pawlak. Although he died 14 years ago, contemporary researchers still cite his work in the field of artificial intelligence and computer science. The second most-cited scientist is Prof. Tomasz Dietl from the Institute of Physics of the Polish Academy of Sciences, a specialist in semiconductor physics, low temperature physics, magnetism and spintronics, among others. Prof. Elżbieta Frąckowiak from the Poznan University of Technology is ranked third; she specialises in chemical sources of electrical power and electrochemistry.

The most-cited scientists in their scientific disciplines

The authors of the list analysed the citation impact of the scientists not only in comparison to all researchers, but also to researchers in a particular scientific discipline. Prof. Harald Walach from Poznan University of Medical Sciences is the fourth most-cited scientist in the field of complementary and alternative medicine. Prof. Barbara Kirshenblatt-Gimblett, who cooperated with New York University for several years, and today is the Chief Curator of the Core Exhibition of the POLIN Museum of the History of Polish Jews, is the fourth most-cited researcher in the field of drama and theatre. Prof. Peter Nijkamp, who cooperates with Adam Mickiewicz University in Poznan, comes in twelfth considering his publications on urban and regional planning.

Where can the most influential Polish researchers be found?

The article mentions several names of the researchers. The full list of the most-cited scientists in the world can be accessed from the PLOS Biology website