New Opportunities for Students and Scientists from Poland and Germany 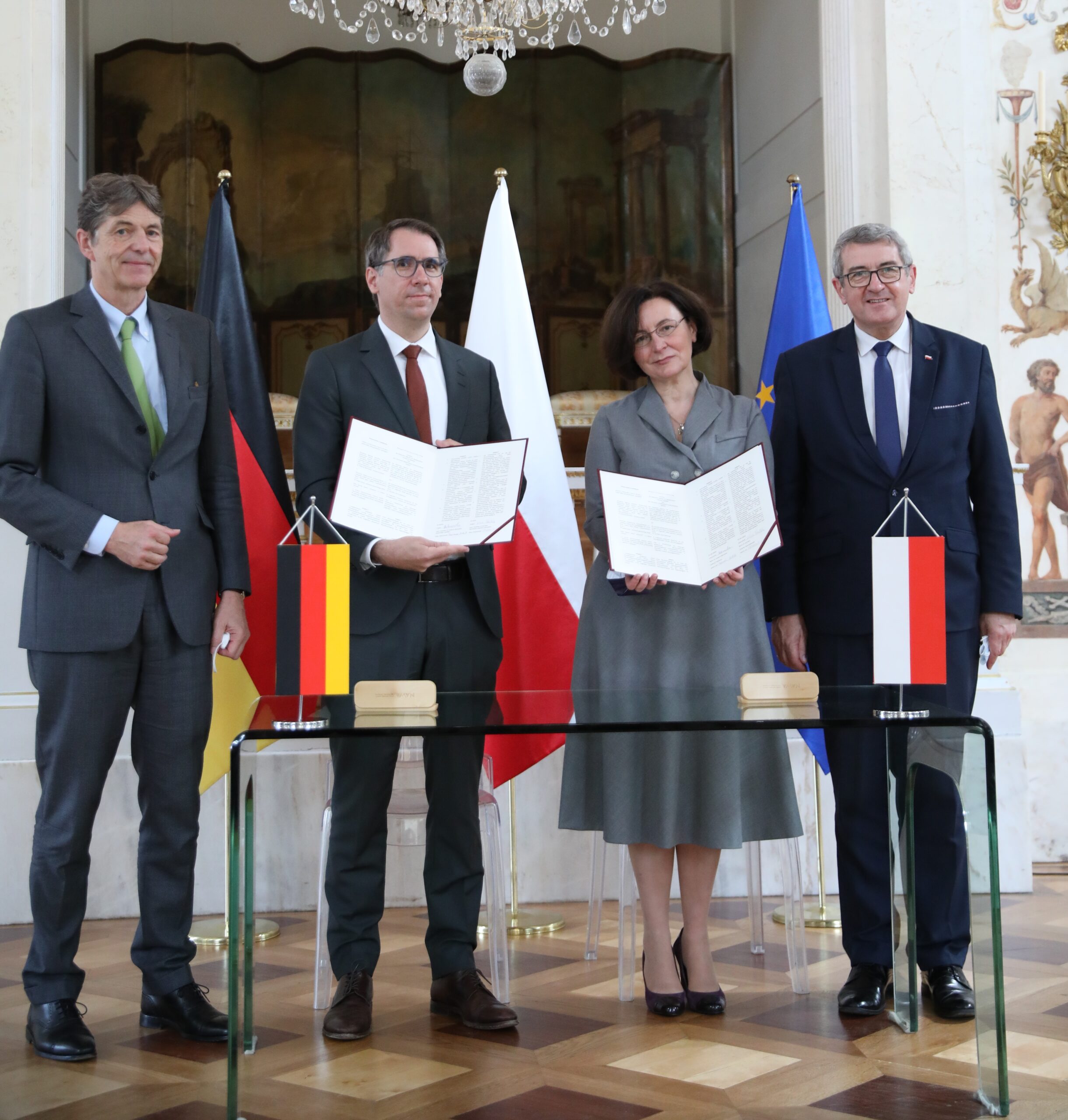 The Polish National Agency for Academic Exchange (NAWA) and the German Academic Exchange Services (DAAD) officially signed a Cooperation Agreement on 21 September. This is the first such agreement with a foreign partner institution signed by NAWA.

The DAAD represents our neighbouring country, with which academic cooperation has been naturally developing intensively over the years, at both governmental and inter-university and interpersonal levels.

‘Thirty years have just passed since the crucial Treaty of Good Neighbourship and Friendly Cooperation was signed. And today, we meet to talk about the future. For that is what this agreement stands for, which I hope will boost not only student exchange, but also joint research projects. We are happy to have such a strong partner as the DAAD on the other side of the border. It is a foundation on which we can build good neighbourship not only in the area of science,’ said Wojciech Murdzek, Deputy Minister of Education and Science.

The agreement covers, among other things, DAAD scholarships for Polish students, doctoral candidates, and scientists in Germany, as well as NAWA scholarships for German students, doctoral candidates, and scientists in Poland. Moreover, it will make it possible to expand Polish-German cooperation between universities, support the teaching of the national language in the other country, promote one another’s scholarship offers, and cooperate in the area of higher education system marketing abroad. In addition, it serves as a basis for new joint programme initiatives responding to new challenges facing the academic world.

‘This is the first such agreement with a foreign partner institution signed by NAWA. The choice of the institution – namely the DAAD – shows the importance of Germany as our partner. Now, our cooperation has been set in a solid framework. In this time and age, when the situation can change almost within one day, as the pandemic has made rather clear, reliable partners are crucial,’ NAWA Director Dr. Grażyna Żebrowska explained.

It is particularly heartening that, despite the restrictions related to the Covid-19 pandemic, the Secretary General of the DAAD, Dr. Kai Sicks, came to Warsaw. On this occasion, he will have the opportunity to meet representatives of the Polish academic community and scientific institutions.

‘Our Warsaw office is one of our most important centres, which best demonstrates how important cooperation with Poland is to us. Now, we are joining forces in order to boost the attractiveness of both countries for our students,’ emphasised Dr. Kai Sicks, Secretary General of the DAAD.

The official signing of the agreement took place on 21 September in the Palace on the Isle at the Royal Łazienki Park in Warsaw.

‘Science and academic exchange are one of the pillars of our joint work. We want our cooperation to grow even stronger. This agreement is virtually avant-garde. Poland and Germany can be proud,’ stressed Dr. Arndt Freytag von Loringhoven, Ambassador of the Federal Republic of Germany.

The Polish National Agency for Academic Exchange (NAWA) is a government agency of the Ministry of Education and Science. Its objective it to work towards the internationalisation of Polish science by promoting international research cooperation and academic exchange. It was established in 2017 and has since launched more than twenty programmes, including Polish Returns NAWA, fellowships for foreign scientists – Ulam NAWA, Welcome to Poland, and Banach NAWA. Through these programmes, the Agency supports scientists and institutions of the Polish system of science and higher education, offers foreign students scholarships for studies in Poland, and promotes Polish language and culture abroad. More information: www.nawa.gov.pl/en/

Established in 1925, the German Academic Exchange Services (DAAD) are the world’s greatest scholarship organisation. The DAAD is an association of German higher education institutions and their students, and its budget is financed mainly by the German government and by the EU. It relies on a network of 68 regional offices and approximately 470 language teachers worldwide. The DAAD has been actively involved for Polish-German academic cooperation since 1958. The DAAD Regional Office in Warsaw was opened in 1997. Currently, the DAAD offers 54 programmes that finance and support further development of academic cooperation between Poland and Germany. More information: www.daad.de/en