Metals against coronavirus! Chemists from the University of Lodz in an international research team

Can organometallic compounds prove to be an effective weapon in the fight against the SARS-CoV-2 virus? It turns out that yes, they can! This has been confirmed by the results of research by an international team, which also includes scientists from the Faculty of Chemistry of the University of Lodz. 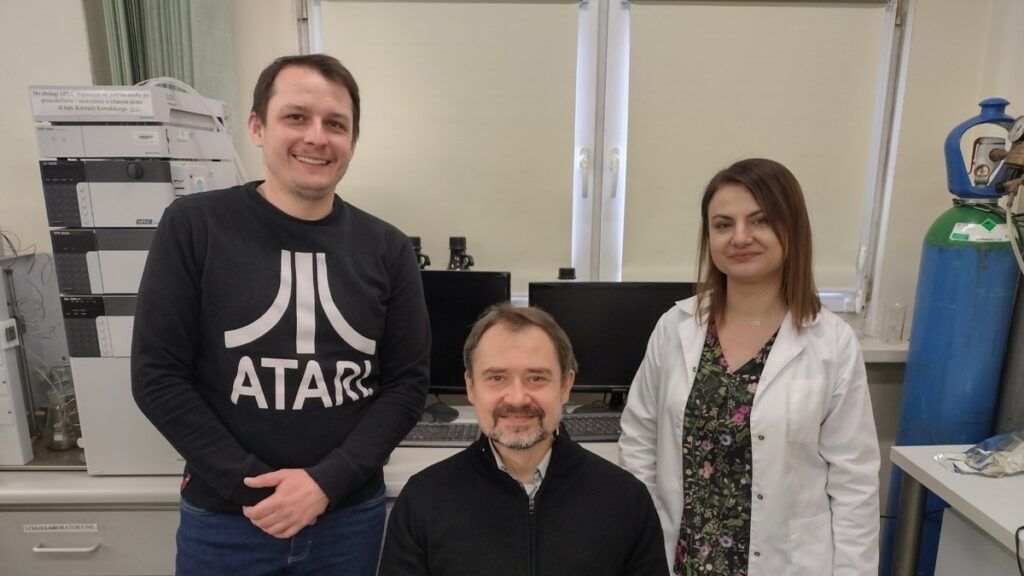 Chemists from Lodz, together with a group of scientists from other European countries, joined the search for active substances against the SARS-CoV-2 virus and its building blocks. The work was led by prof. Ingo Ott from the Institute of Medical and Pharmaceutical Chemistry at the Technische Universität in Braunschweig, Germany.

Biological tests covered over a hundred different types of metal complexes, including organometallic nucleoside derivatives, which were obtained by prof. Konrad Kowalski together with dr Joanna Skiba and dr Łukasz Szczupak from the Faculty of Chemistry of the University of Lodz. They allowed for identification of several compounds, e.g., iron, with very promising activity against key proteins of the virus, which the whole world has been struggling with for almost two years. A paper summarizing the results of the research has just been published in a prestigious European journal – “Chemistry–A European Journal”.

The results of our tests are promising. It turned out that some of the molecules obtained in our laboratory block the binding between the key for the virus S protein (the so-called spike) and the ACE2 protein, which is its “partner” (receptor) in human cells. Although it is impossible to talk about the discovery of new drugs, the obtained results are a great starting point for further research. We hope that in the near future we will be able to obtain new organometallic derivatives with even greater abilities to inhibit the S/ACE2 interaction.  We are also interested in developing inhibitors of other proteins crucial for viral replication – says prof. Konrad Kowalski from the University of Lodz, who heads the work of chemists from Lodz.

Testing more than a hundred organometallic molecules allowed the researchers to identify six ones containing different atoms of metals showing significant activity against S and PLpro viral proteins. At the forefront, there are, among others, gold complexes, which blocked the replication of the SARS-CoV-2 virus in infected human cells very effectively.

At the moment, there is an urgent need to develop effective medications against the SARS-CoV-2 virus (their forerunner is Molnupiravir, which has been recently launched on the market). From this perspective, international research works, such as those in which scientists from the University of Lodz took part, are an effective response of the world of science to the global demand. The results of the research by prof. Ingo Ott’s team may successfully provide starting points for the design of further antiviral preparations combating SARS-CoV-2.

Source: Promotion Centre of the University of Lodz