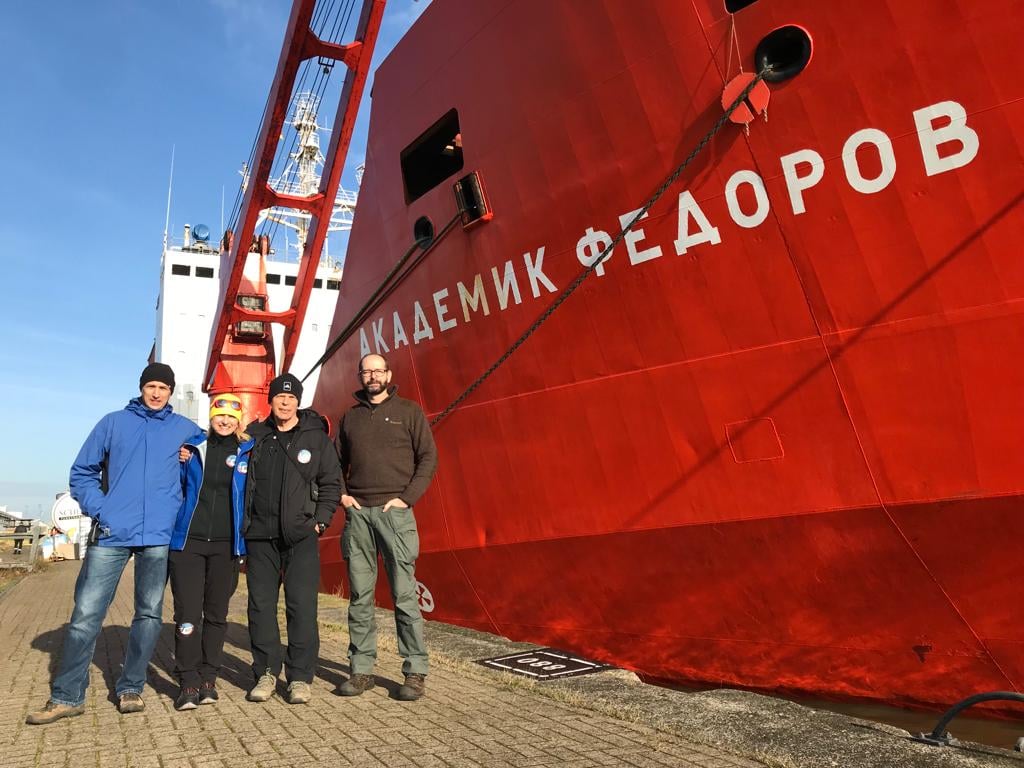 Members of the expedition in front of the “Akademik Fedorov”, photo W. Sielski, https://informacje.pan.pl/

On November 10, 2021, a team of scientists left from the German port of Bremerhaven. They will reach the South Pole in two months to reopen the Antoni Boleslaw Dobrowolski research station, abandoned over 40 years ago. The station’s location is unique on a global scale, and – as researchers point out – “it can be treated as a Martian analogue, and one of the most precious research areas in Antarctica”[1]. The expedition’s organiser is the Institute of Geophysics of the Polish Academy of Sciences. It will be the second Polish research station in Antarctica.

A portal into the inside of the Earth

A.B. Dobrowolski research station is located in Bunger’s Oasis, on the shores of Algae Lake, in East Antarctica. According to the researchers, this place is one of the largest among the very few areas that are not covered by ice in Antarctica. Its aerial discovery in 1947 was a world sensation. This location gives many research advantages, including proximity to the south magnetic pole, unpolluted natural environment, direct access to the geological basis of the continent and its unknown origins. As the research expedition’s leader, prof. Marek Lewandowski claims, “it is a unique place on Earth from which you can observe the structure of the Earth’s core in an uncontaminated way, either by human activity or seismic waves induced by the ocean. It is simply a portal into the inside of the Earth.”[2]

The site allows for testing innovative power sources for scientific equipment and telecommunications techniques for transmitting measurement data.[3] One of the factors influencing its uniqueness is its hard-to-reach inland location in the so-called Bunger Hills area. It is also said to be one of the reasons the Soviets who founded this research station (then named the Oasis station) in 1956 passed it to Poles just two years later.[4] In 1959, the Polish Academy of Sciences took over and named it after Antoni Boleslaw Dobrowolski, Polish geophysicist, meteorologist and explorer. The last Polish geophysical expedition to the station took place in the season of 1978/1979.

To the Earth’s core

During their two-month stay, scientists aim to renovate the station so that it can serve as a base for seasonal research. As they claim, luckily, the buildings are in pretty good shape. Researchers want to install as many devices as possible to enable automatic measurements, including inter alia, keeping all-year geophysical stations (seismic, magnetic) on the site, which will allow for the study of deep Earth structures and the generation of the Earth’s magnetic field. The area can even serve as a Martian substitute.

The Dobrowolski polar station consists of two wooden residential houses, “Warszawa” and “Krakow”. There are also smaller buildings in the area and a landing strip, 15 km away, as the scientists will arrive by helicopter from the nearest research station: the Russian Mirny (350 km/220 mi to the west).

A female pioneer and the team

The team consists of experienced researchers: Prof. Marek Lewandowski (expedition leader, geophysicist), Prof. Monika A. Kusiak (geologist) and Dr Adam Nawrot (geomorphologist) from the Institute of Geophysics of the Polish Academy of Sciences and Prof. Wojciech Miloch, an ionospheric physicist at the University of Oslo. Polish scientists will reach Antarctica on the “Akademik Fedorov” ship, with the 67th Russian Antarctic Expedition, organised by the Institute of Arctic and Antarctic Research in St. Petersburg. They will sail around Europe and Africa.

Interestingly, Professor Monika Kusiak will be the first Polish woman to reach this region officially. As she points out, it is a result of the specificity of polar research, in which “the presence of women is a matter of the recent several years.”[5] 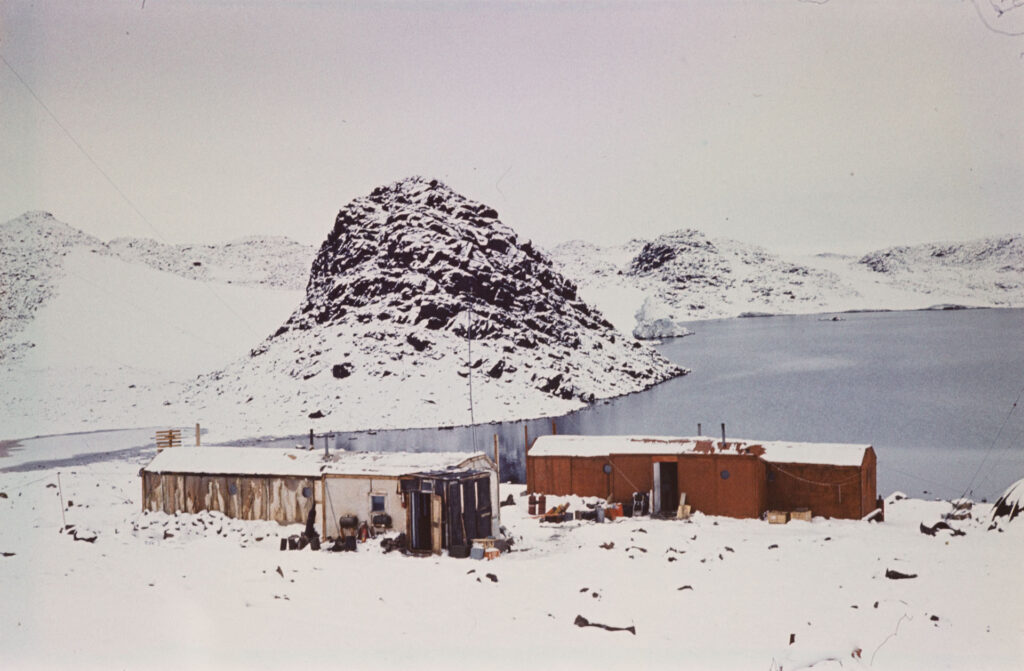 Buildings of A.B. Dobrowolski Polish Antarctic Station, 1979, photo: A. Pachuta, Institute of Geophysics at the Polish Academy of Sciences 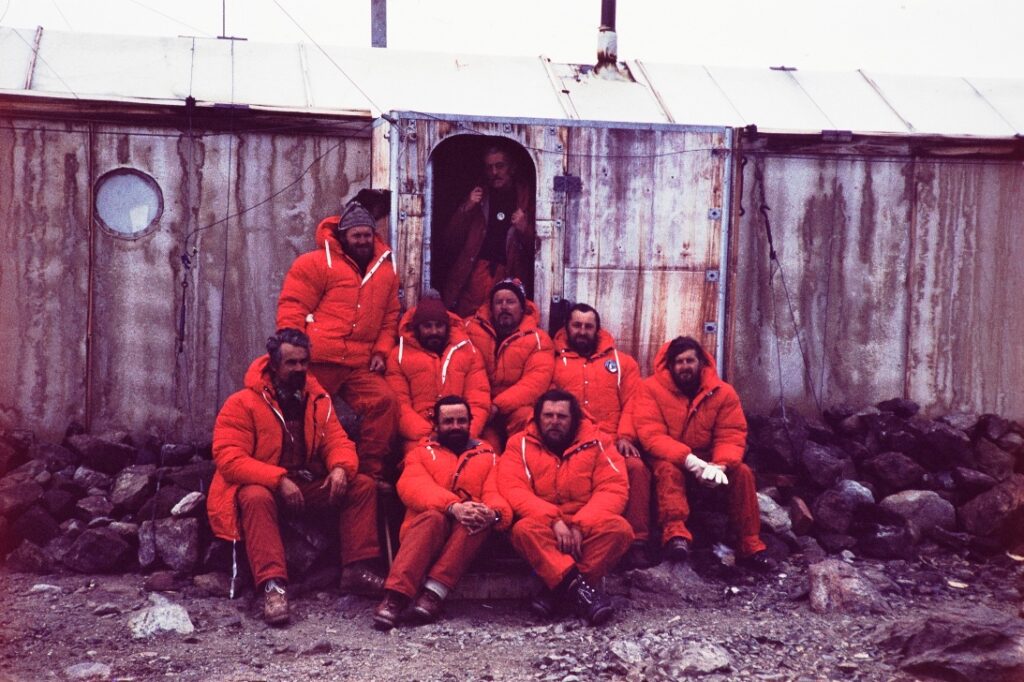 The last crew of the Dobrowolski station pictured in 1978. Institute of Geophysics at the Polish Academy of Sciences

[4] Brrr-illiant! Polar research station dubbed ‘portal into the inside of the earth’ to be reactivated after being abandoned over 40 years ago – The First News