University in the frontier. Knowledge. Human being. Environment. 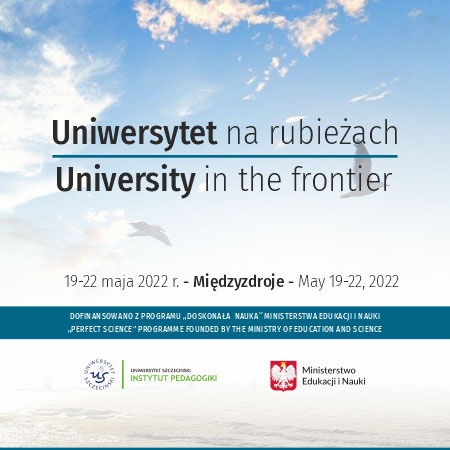 Transformations in terms of economics, society, traditions and customs require a methodical reflection on the purpose and the significance of universities as academic institutions. The most important question that the conference organisers would like to raise is about the role of universities in the frontier  in contrast with universities located closer to the centre (both locally and politically). Despite being remote, these frontier universities display more connections with other, smaller institutions that are – in many aspects – significant for the development of a region. The term ‘frontier’ could be widely understood – as the frontier of education, society, culture, economics and geographical dimensions. That is why the role of frontier universities is crucial – they need to define their goals, the character of academic community and their course of transformation so that they could be active constructors of change that takes place regionally and cross-regionally.

The various subject matters mentioned above will be divided into several working teams and the results of exploration will be shared and exchanged in order to prepare interim reports in Polish and English.

The topics to be researched: